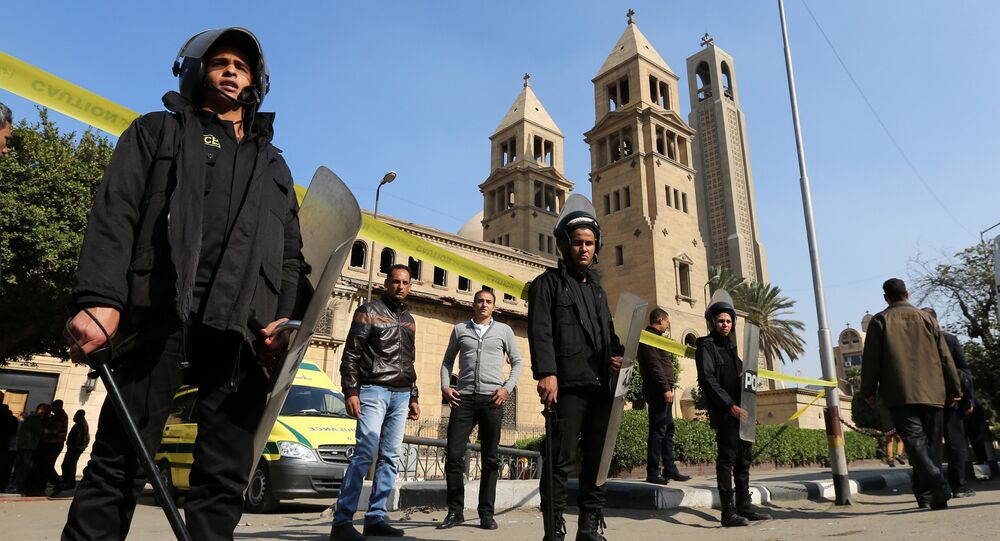 CAIRO (Sputnik) – Egyptian President Abdel Fattah Sisi signed a decree to prolong the country's state of emergency for three additional months, local media reported. The presidential decision was reportedly supported by the country’s parliament and will enter into force beginning on Thursday.

The decree notes that the armed forces and police must do everything possible to fight terrorism and the financial sources of terrorism, as well as protect lives and property, the MENA news agency reported late Sunday.

A state of emergency was declared in Egypt in April 2017 after terror attacks on Christian churches in the cities of Tanta and Alexandria killed over 50 and injured 100.

Islamist insurgents have long targeted security forces in Egypt, particularly in the Sinai Peninsula. Egypt has been conducting a massive security operation in North Sinai for over a year to weed out armed groups, killing and arresting hundreds.

Most recently, a suicide bomber on Thursday reportedly killed a soldier in an attack on security forces in North Sinai. A man wearing an explosive belt approached security forces near a parking lot in the city of Sheikh Zuweid, prompting the troops to open fire. The bombing attack was reportedly claimed by the Daesh* terrorist group.

North Sinai has since 2011 been swept up in the ongoing conflict between Islamist fighters and Egyptian police and security forces. Militants have repeatedly staged attacks in the region, targeting law enforcement and civilians.

Over the weekend, British Airways and Lufthansa temporarily suspended flights to the Egyptian capital of Cairo as a security precaution, after the UK Foreign Office advised passengers against air travel to and from Egypt's Sharm el-sheikh, but had not issued a similar warning on Cairo.

Russia suspended all civilian air traffic to Egypt in November 2015 after a bomb brought down a Russian plane en route from Sharm El-Sheikh to St. Petersburg, killing all 224 people on board.

Flights between the Russian and the Egyptian capitals were resumed in April 2018 after Egyptian authorities made improvements to security.

*Daesh (Islamic State, ISIS, ISIL, IS) is a terrorist group banned in Russia and many other countries.