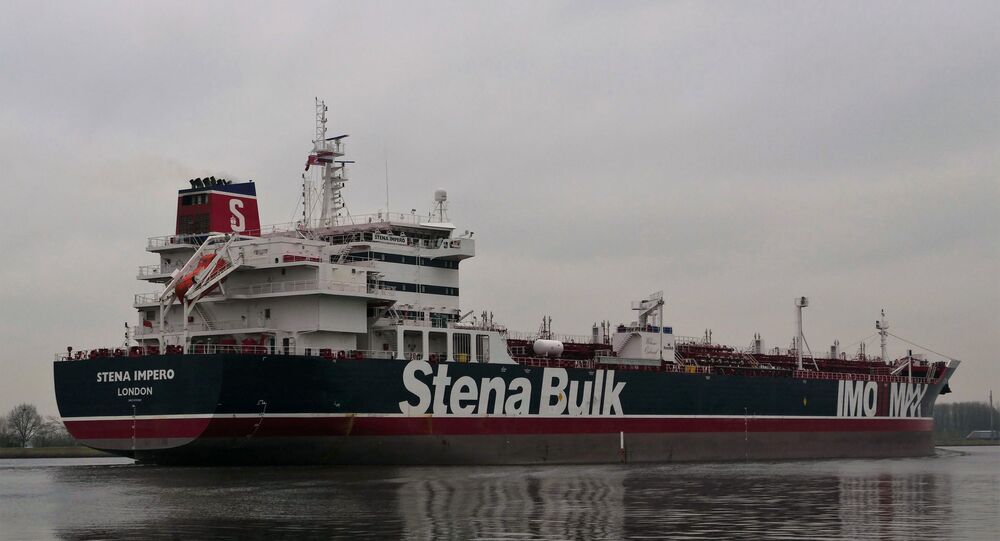 MOSCOW, (Sputnik) - The sailors of the UK-flagged tanker captured by Iran are in good health, a spokesman for the Russian Embassy stated after contacting the Iranian authorities.

"The crew members are safe and sound. There is no threat to their lives", Andrei Ganenko said.

Ganenko said the embassy had contacted the top Iranian diplomat in the city who assured the Russian diplomatic mission that the crew were allowed to move around the ship.

"He said the entire crew remained on the deck while an investigation continued into the ship. The sailors' movement around the ship has not been restricted", the Russian diplomat added.

The UK-flagged Stena Impero was seized in the Strait of Hormuz earlier this week by the Iranian Revolutionary Guard Corps.

The Stena Impero has a crew of 23, including 18 Indians, three Russians, a Latvian and a Filipino. It was boarded by the Iranian military on Friday for allegedly flouting maritime rules and brought to the Iranian port of Bandar Abbas.