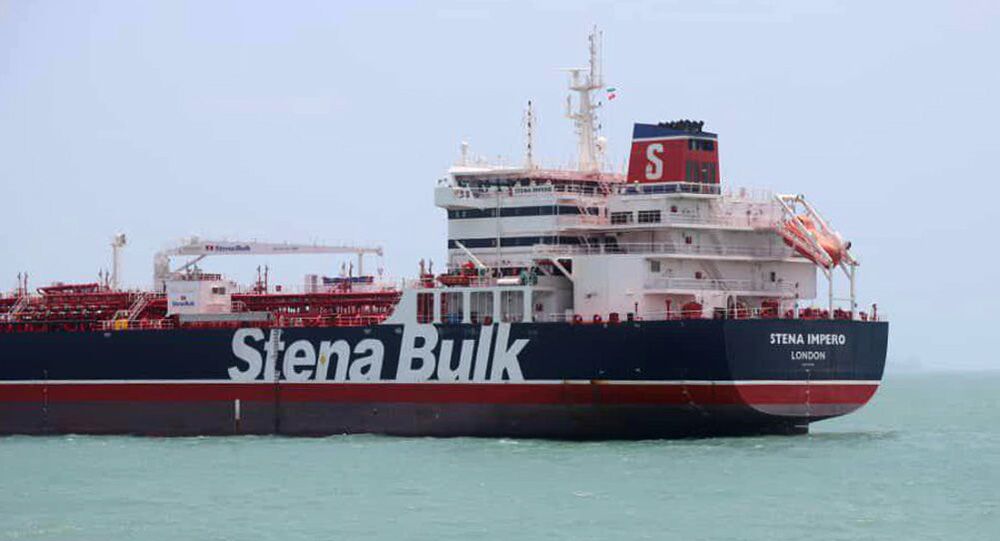 The seizure of the British-flagged tanker in the Strait of Hormuz by Iranian forces took place after UK marines detained an Iranian supertanker off Gibraltar.

A brief fragment of what appears to be radio transmissions sent by the Iranian Revolutionary Guard and the British frigate HMS Montrose to the Stena Impero, a British-flagged oil tanker that was recently impounded by Iran, was recently released to the public by a UK-based company called Dryad Global.

The audio clip apparently starts with one of the Revolutionary Guards advising the tanker crew that they will be safe as long as they obey the instructions they’re given, and then proceeds to tell the vessel to alter its course "to three-six-zero degrees immediately".

#Exclusive VHF audio HMS Montrose & MV Stena Impero: 'If you obey you will be safe, alter your course . . .Under international law your passage must not be impaired, impeded, obstructed or hampered' #Iran #oil #tanker @tombateman @PatrickSawer @AP @AFP @Reuters pic.twitter.com/3fizOedeBe

​The audio then cuts to a message from HMS Montrose, which identifies itself as "British warship Foxtrot 236".

This development took place after the UK Royal Marines detained an Iranian supertanker off Gibraltar on 4 July on suspicion that it was carrying oil to Syria in violation of EU sanctions.