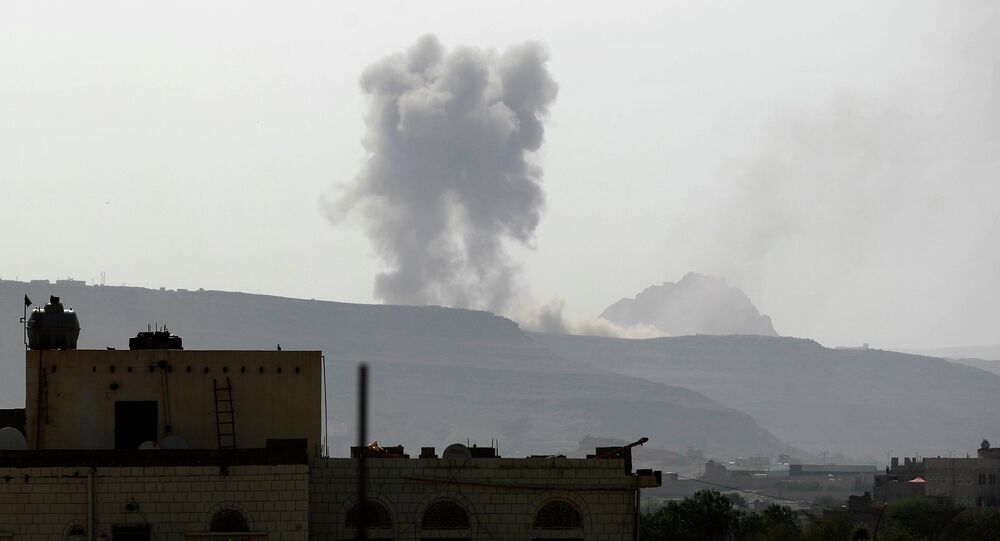 The Saudi-led coalition said it had launched an offensive to target military positions in the Yemeni capital of Sanaa, Reuters reported Saturday, citing local media.

Earlier this week, the Saudi-led coalition reportedly conducted two strikes at a military faculty in Ar Rawdah district in the northern part of the Yemeni capital of Sanaa. The coalition jets also bombed twice the camp in the area of the former presidential guard in the south of Sanaa.

Earlier in July, Houthi rebels carried out several attacks on two airports in southern Saudi Arabia. The Houthi military spokesman reportedly has warned of "more painful operations" to come if the Saudi-led coalition did not stop airstrikes on rebel targets.

Yemen has been locked in a conflict between government forces, led by President Abd Rabbuh Mansour Hadi, and the Houthis. The Saudi-led coalition has been conducting strikes against the Houthis at Hadi's request since March 2015. The conflict has resulted in a massive humanitarian crisis in the country.