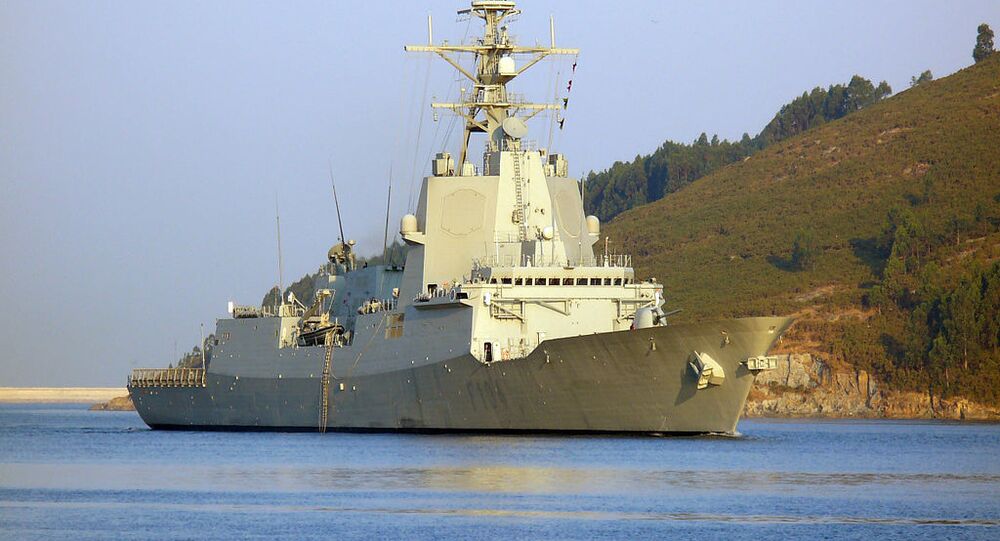 The Spanish frigate was part of a US-led naval group that was sent to the Persian Gulf shortly before Tehran announced the suspension of some of its obligations under the 2015 Iran nuclear deal on 8 May. The move came exactly a year after the US unilaterally left the deal, also reinstating harsh anti-Iranian sanctions.

The US Department of Defence has expressed regret over Madrid’s move to recall the Spanish frigate Mendez Nunez from a US-led naval group in the Persian Gulf.

“We have enjoyed a productive and professional relationship with [the crew of] the Mendez Nunez, but we are disappointed with Spain's decision to permanently withdraw the frigate from the Abraham Lincoln strike group”, Pentagon spokeswoman Carla Gleason told the independent Spanish news agency EFE. She declined to elaborate.

The remarks come after the Spanish Defence Minister Margarita Robles announced on 14 May that the Mendez Nunez frigate would be temporarily withdrawn from the Abraham Lincoln strike group because “the US government has taken a decision outside of the framework of what had been agreed with the Spanish Navy”.

The Spanish newspaper El Pais, in turn, reported that the frigate made a stop in the ports of India and Oman waiting for the strike battle group to continue its initial mission, but to no avail.

The newspaper referred to the increasing tensions in the Persian Gulf which finally prompted the Spanish Defence Ministry to decide on the Mendez Nunez implementing the mission on its own. Initially, the strike group's mission was to celebrate 500 years since the first circumnavigation of the world.

The current tensions in the Gulf were preceded by Tehran’s announcement that it is suspending implementation of some of its commitments under the 2015 Iran nuclear deal, also known as the Joint Comprehensive Plan of Action (JCPOA).

This came after the US announced the deployment of the Abraham Lincoln aircraft carrier strike group to the Gulf to grapple with what Washington described as “a credible threat” from Iran.

Shortly afterwards, the White House deployed B-52 bombers, Patriot interceptors and additional US troops to the Middle East, in what National Security Adviser John Bolton called a “direct message” to Iran.

Tensions between the two countries escalated further last month, when Iran’s Islamic Revolutionary Guards Corps (IRGC) said that they had shot down a US spy drone which violated Iranian airspace. Washington claimed that the unmanned aerial vehicle was downed over international waters.

In the latest development, the IRGC reportedly detained a foreign tanker along with 12 crewmembers in the Gulf over suspicions that it was smuggling one million litres of oil. This came a few weeks after an Iranian oil tanker was seized by UK Marines in the Strait of Gibraltar as the vessel was allegedly delivering fuel to Syria in violation of EU sanctions. Iran slammed it as “piracy” and pledged to retaliate.

On 8 May 2018, US President Donald Trump announced Washington’s unilateral withdrawal from the JCPOA and re-imposed strict economic sanctions against Tehran. European signatories to the deal, in turn, signalled their readiness to remain committed to the agreement.