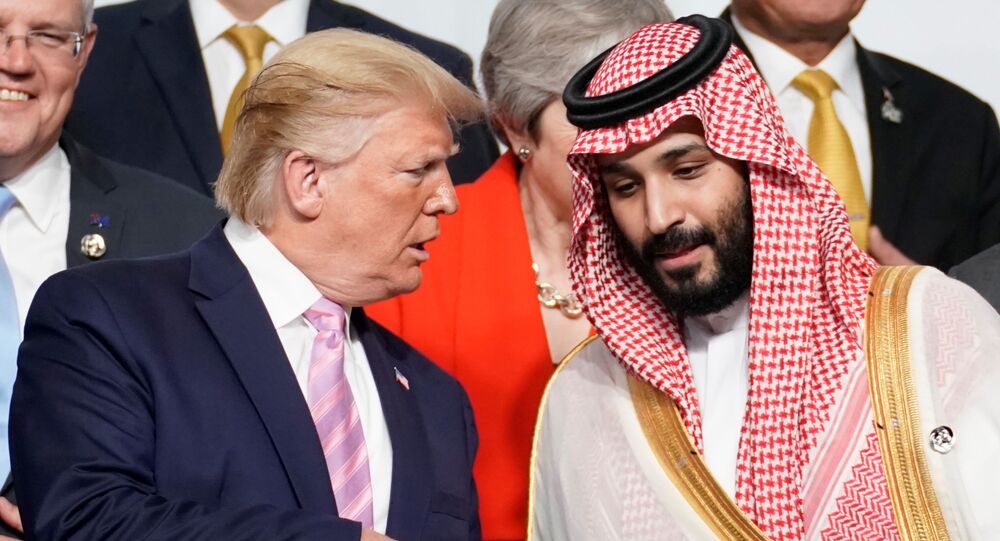 Tensions between Washington and Tehran have escalated in the last few months as Iran withdraws from voluntary obligations under the 2015 Joint Comprehensive Plan of Action (JCPOA) nuclear deal and the US builds up its military presence in the Middle East under the pretext of “the Iranian threat.”

The US president’s administration is reportedly prepared to send its military personnel to Saudi Arabia, according to CNN, citing two unnamed defence officials.

According to the report, five hundred troops are slated to be deployed to the Prince Sultan Air Base, located to the east of the country’s capital of Riyadh.

The US troops will reportedly become reinforcements to the US military and support personnel already on the site with beginning preparations for a Patriot surface-to-air missile system, a runway and other airfield improvements.

The site was chosen as it is located in a remote area and it would take time for Iranian missiles to reach it, CNN reported.

Although no official announcement regarding the new troop deployment has been made, as well as no notification to the US Congress, an informal 'heads up' was given, and an announcement is expected to take place next week, CNN reported, citing an official.

The base is reportedly expected to be able to service US fifth-generation F-22 jets and other stealth aircraft.

CNN noted that the US Department of Defence had declined to comment on the planned deployment.

Tensions in the Middle East have escalated following the unilateral US withdrawal from the JCPOA in May 2018, and a subsequent re-imposition of sanctions against Iran.

In 2019, the US started building up its military presence in the region under the pretext of an "Iranian threat" and the latter’s alleged intention to obtain nuclear weapons. In the Persian Gulf area in particular several incidents have taken place, including the downing of a US spy drone in June, which Iran claimed violated its airspace.

Iran has reiterated that it does not seek war, with the country’s foreign minister, Javad Zarif, noting on Monday that Tehran “would have been able to do it [develop nuclear weapons] a long time ago,” had it been interested.

Zarif also noted that it was the US who withdrew from “the bargaining table. And they’re always welcome to return.”

New US Deployments to Persian Gulf Aim to ‘Buck Up the American Public’, Not Security