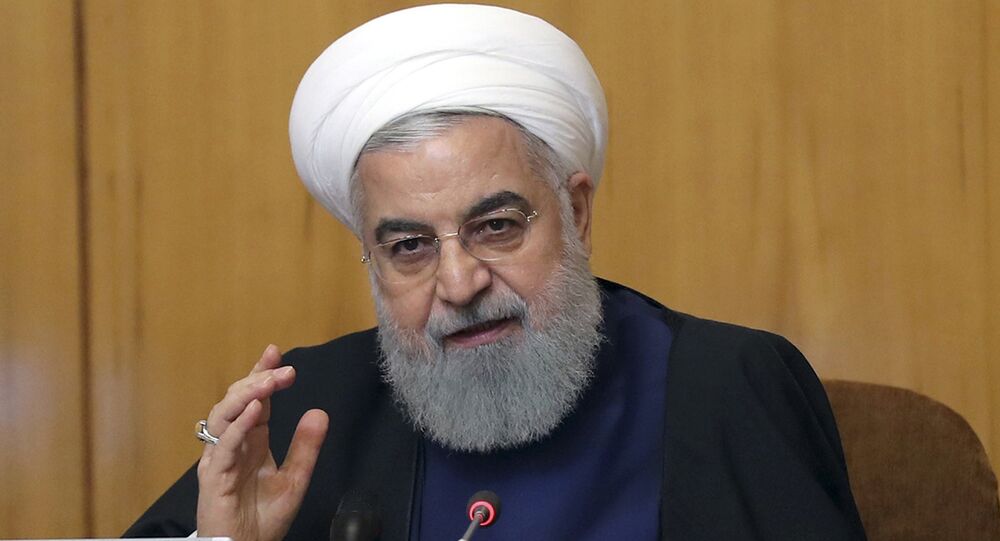 Earlier in the day, Berlin, Paris, and London called for a dialogue between all parties to the Joint Comprehensive Plan of Action (JCPOA), saying the deal risks falling apart due to the US sanctions against Iran and Tehran’s decision to partially discontinue its obligations.

“We are always ready for negotiation. I tell you this hour and this moment to abandon bullying and lift the sanctions and return to logic and wisdom. We are ready", Rouhani said, as quoted by the Mehr news agency.

Rouhani added that Iran had shifted its approach from “strategic patience” to “reciprocal action” and would respond in kind to any of Washington’s steps related to the nuclear deal.

On 8 May 2018, US President Donald Trump unilaterally withdrew his country from the JCPOA and imposed several rounds of economic sanctions on Iran. A year later, Tehran announced its own decision to partially suspend some obligations under the deal and giving the other signatories - France, Germany, the United Kingdom, Russia, China, and the European Union - 60 days to save the accord by facilitating oil exports and trade with Iran.

On 7 July as the deadline expired, Iranian Deputy Foreign Minister Seyed Abbas Araghchi announced that his country was ready to begin enriching uranium beyond the 3.67 percent level set in the JCPOA, adding that Tehran would continue to gradually abandon its nuclear commitments every 60 days.

Iran 'Never' Started Any War, But Will Launch 'Devastating' Offensive If Attacked – Commander