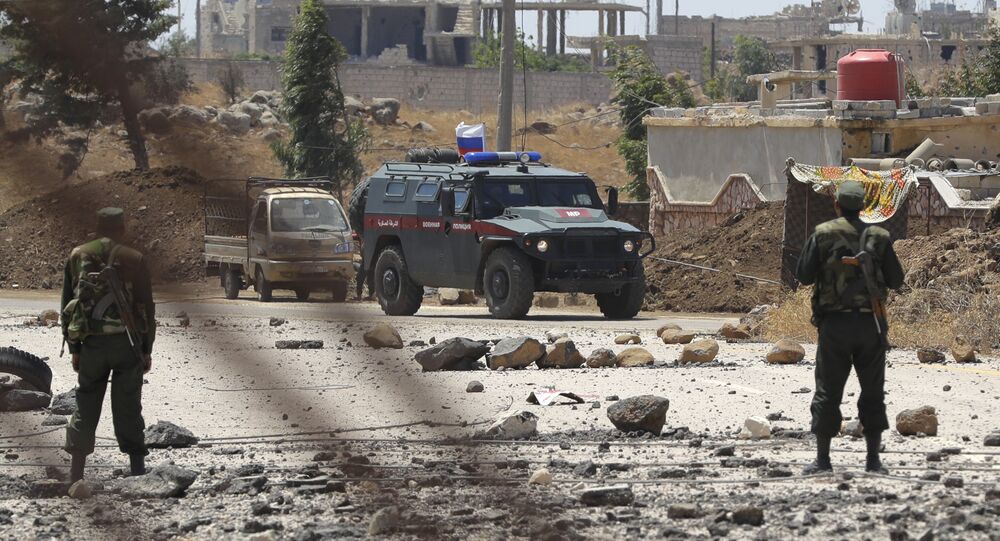 According to the centre, militants carried the out terrorist attack in the province to escalate the situation in the region.

Militants in Syria's Daraa province carried out a bomb attack on the route of Russian Armed Forces' military police patrol on Saturday, Maj. Gen. Alexey Bakin, head of the Russian Center for Syrian Reconciliation, said. There were no casualties among the Russian troops as a result of the attack, he added.

"A remote-controlled improvised explosive device exploded on July 13, 2019, on the route of patrols of military police of the Russian Armed Forces in the province of Daraa of the Syrian Arab Republic," Bakin said at a briefing.

The attack comes a day after another incident when Russian air defences at the Hmeymim airbase shot down three aerial drones launched by militants operating in the Idlib de-escalation zone.

Syria has been in a state of civil war for years now. The international community has taken efforts to settle the conflict by conducting political settlement talks in Geneva as well as with Astana process. In 2017 during Astana talks the memorandum on the creation of de-escalation zones in Syria was signed.

Russia, alongside Turkey and Iran, is a guarantor of the ceasefire regime in Syria. Moscow has also been assisting Damascus through supporting the struggle against terrorist groups, providing humanitarian aid to local residents and facilitating the return of refugees.