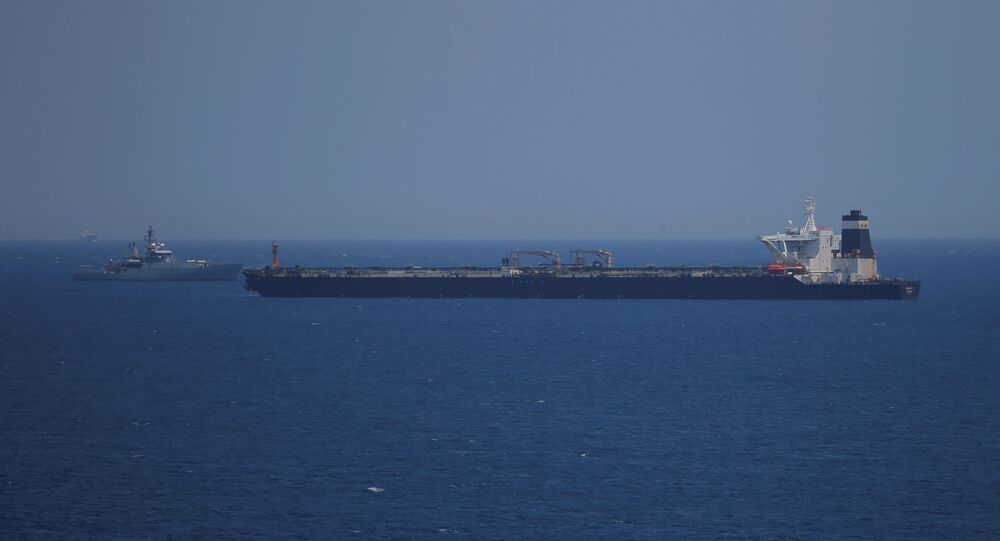 Tensions between the UK and Iran escalated sharply following the 4 July seizure of a supertanker loaded with Iranian oil by Royal Marine commandos off the coast of Gibraltar.

UK Secretary of State for Foreign and Commonwealth Affairs Jeremy Hunt has announced that he has spoken to his Iranian counterpart Mohammad Javad Zarif Saturday, telling him that London would release the detained Grace 1 supertanker on one condition.

The UK would "facilitate release if we received guarantees that it would not be going to Syria, following due process in Gibraltar courts," Hunt wrote in a tweet.

According to the minister, during their "constructive" conversation, Zarif told him that Iran was looking to resolve the diplomatic squabble, and "not seeking to escalate."

Foreign Minister Zarif has yet to comment on Saturday's conversation with Hunt. Earlier Saturday, Iranian media reported that Zarif had set off to New York to attended a UN conference, with his visit to the US coming amid escalating tensions with Washington.

Iran-UK relations suffered a blow after the Grace 1's seizure off the coast of Gibraltar last week, with British authorities accusing Tehran of attempting to smuggle the oil to war-torn Syria, in controvention of the European Union's anti-Syria sanctions. Tehran slammed the seizure, calling it "a form of piracy," accusing London of parroting Washington's "hostile policies," and claiming that the tanker was not headed for Syria anyway.

On Friday, Gibraltar police said they had released the crew of the Panamanian-flagged vessel without charge, with a probe still underway into the ship's "suspected breach of EU sanction [policy] on Syria."

The tanker incident led to an increase in military tensions between Iran and the UK in the Persian Gulf, with British media reporting that London had decided to send a second warship to the region amid accusations that Tehran had made multiple attempts to seize British oil tankers traveling through the waterway. Iranian authorities have denied the claims, although other officials have also threatened that the UK would be 'slapped in the face' for "daring to seize" the Iranian-oil laden tanker.