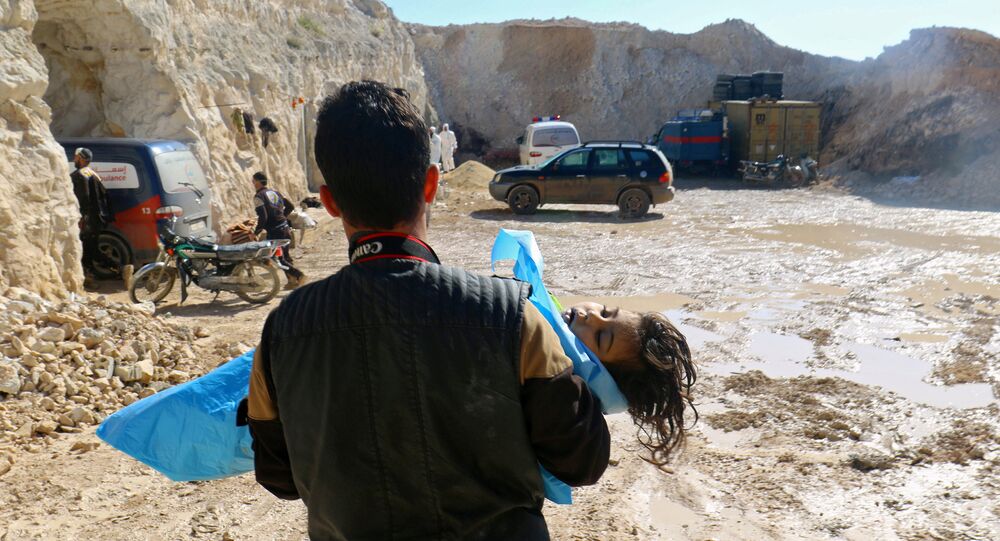 Earlier, Russia insisted that all reported cases of chemical weapons use in Syria must be investigated independently.

According to the Russian envoy to the Organisation for Prohibition of Chemical Weapons Alexander Shulgin, a new chemical weapons provocation is being planned by militants in Syria's Idlib province.

Mr Shulgin added that such statements are being made to "divert attention...and start an international scandal."

"The Syrians here and in New York say they know that chemical munitions are being delivered [to Syria], they know from which countries, the names of the people responsible for preparing the provocations. For instance, a chemical provocation is being prepared in Idlib as we speak. Well, a fact-finding team will be sent there, but what will it find? They will say that the Syrians and the Russians who 'shield' them are again to blame. They simply refuse to consider alternative scenarios," Shulgin said.

In 2018, the US, the UK and France used reports of alleged chemical attacks in Syria's Douma, Eastern Ghouta and Khan Sheikhoun as a pretext to carry out missile strikes on Syria. Russia has repeatedly stressed that the White Helmets group in Syria was responsible for chemical weapons provocations. In April dozens of the group's members admitted in several interviews, that they had carried out false flag chemical attacks to provoke retaliation against the Syrian armed forces.