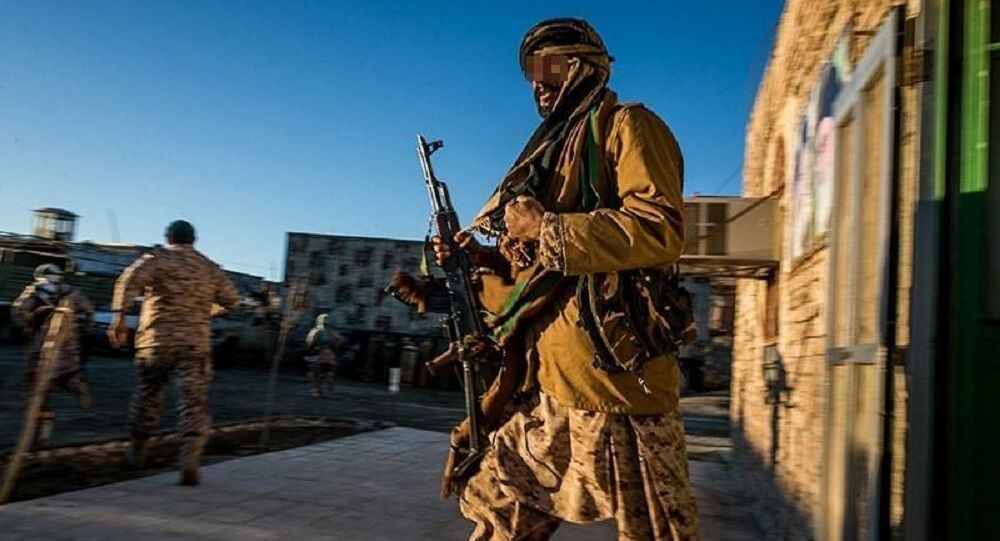 The autonomous Kurdish region in northern Iraq has seen several rounds of clashes between Iranian forces and militants who are allegedly being trained to undermine security in the Islamic Republic.

Iran's Revolutionary Guards have attacked targets of Iranian opposition forces in Iraq's autonomous Kurdish region with missiles and drones, the Fars news agency has reported, quoting a statement by the IRGC.

"During this operation, which involved missiles, artillery strikes and drone units of the IRGC, terrorist strongholds, also known as centres for anti-revolutionary training, were destroyed, and rebels were killed", the statement reads.

The coordinated attack is reported to be in response to the killing of several members of the IRGC in the west of Iran.

#BREAKING: #IRGC shelled the areas inside the Kurdistan Region northern Iraq in response to the 3 members of the Hamza Saiyid al-Shohada, a local force of the Iranian Islamic Revolutionary Guard Corps (IRGC), were killed near Piranshahr. pic.twitter.com/97uaHvRPp7

​Iran accuses Kurdish militant groups, such as the Party of Free Life of Kurdistan, of cooperating with Kurdish rebels in Turkey (the Kurdistan Workers' Party) to carry out attacks on the border. Iranian Kurdish militants have bases in neighbouring Iraq.

In 2017 an independence referendum for Iraqi Kurdistan took place, with more than 93 per cent of the votes cast in favour of autonomy.