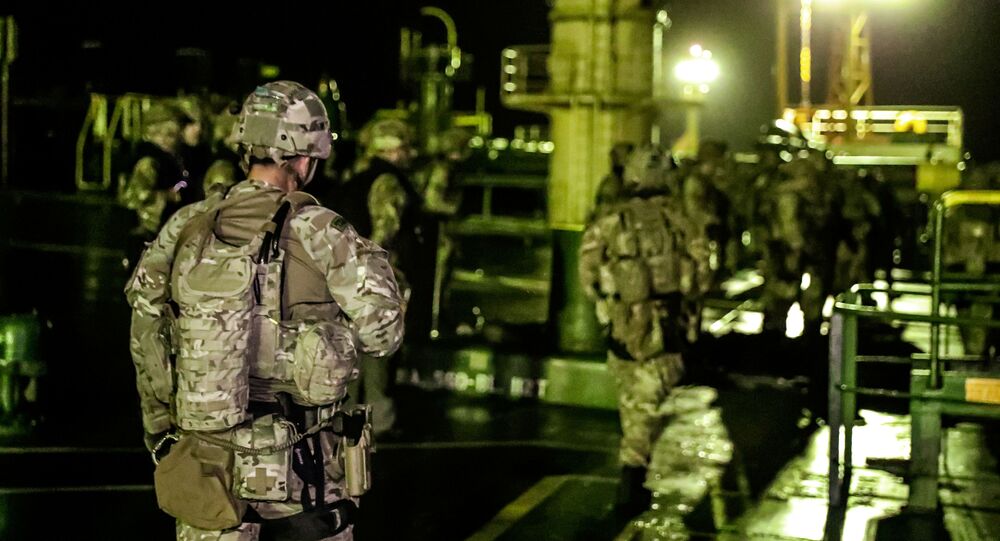 The reported developments follow the detention of an Iranian supertanker in the Strait of Gibraltar on 4 July, when Gibraltar police and customs agencies, aided by British Royal Marines, seized the vessel. Tehran has pledged to retaliate against what the Iranian Foreign Ministry slammed as an act of “maritime piracy”.

An oil tanker run by the British energy giant BP is currently “sheltering” inside the Persian Gulf amid concerns by the company that it could be seized by Tehran in a possible tit-for-tat response to the detention of a vessel carrying Iranian crude last week, Bloomberg reports.

The news agency quoted unnamed sources as saying that the British Heritage tanker was en route to Iraq's Basrah terminal when it made an “abrupt” U-turn on 6 July.

The tanker, which was due to transport crude oil from Basrah to northwest Europe, did not collect the cargo and the booking was cancelled, according to the sources.

The vessel, capable of carrying about one million barrels of oil is now reportedly off the Saudi Arabian coast in the Persian Gulf over BP's fears that “it could become a target if Iran seeks to retaliate for the seizure near Gibraltar”, the sources claimed. BP has yet to comment on the media report.

This comes after Iran’s Foreign Minister Mohammad Javad Zarif tweeted on Monday that the detention of the Iranian tanker Grace 1 amounts to “piracy” and “sets a dangerous precedent”.

Iran is neither a member of the EU nor subject to any European oil embargo.

Last I checked, EU was against extraterritoriality.

UK's unlawful seizure of a tanker with Iranian oil on behalf of #B_Team is piracy, pure and simple.

It sets a dangerous precedent and must end now.

The statement came as the Iranian Foreign Ministry dismissed allegations that the Grace 1 was en route to Syria, vowing to take a spate of political, diplomatic, and legal actions in connection with the UK’s seizure of the tanker.

Iranian Deputy Foreign Minister Abbas Araqchi earlier pointed out that “contrary to what the British authorities are claiming, the tanker was not headed for Syria” and that a Syrian port mentioned by the UK as the tanker's destination would not be able to accommodate the vessel.

On 4 July, port and law enforcement agencies of the British overseas territory of Gibraltar, aided by the UK Royal Marines, seized the Grace 1, claiming that the supertanker was transferring crude oil to Syria from Iran in violation of EU sanctions.

While US National Security Adviser John Bolton called the seizure of the tanker “excellent news”, Moscow condemned the incident, saying that it "contradicts" the European signatories’ commitment to saving the 2015 Iran deal, also known as the Joint Comprehensive Plan of Action (JCPOA).

The detention of the supertanker has been extended for two weeks by Gibraltar's Supreme Court. A vessel with a 300,000-tonne carrying capacity, the Grace 1 has a 28-member crew that includes Indian, Pakistani, and Ukrainian nationals on board the detained tanker.

'Not Only Question of Oil': Ex-Indian Diplomat Weights in on Impact of US-Iran Escalation