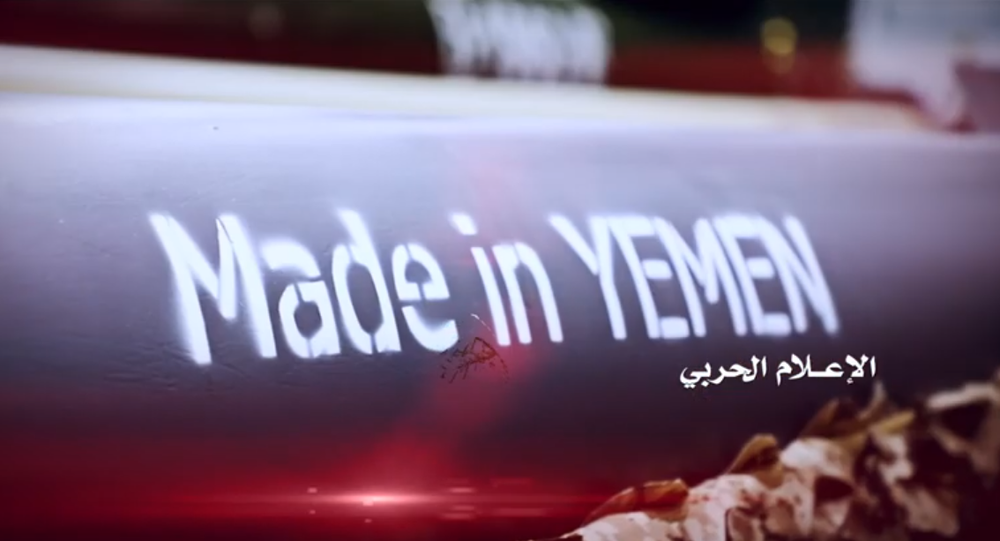 Houthi forces have unveiled new projectiles and unmanned flying vehicles at a presentation in the capital city of Sana, media reported.

According to the AMN News media outlet, a cruise missile dubbed 'Quds' was showcased during the presentation, along with new Sammad-1 and Sammad-3 spy drones.

The new Houthi arsenal is reportedly expected to give the group more firepower to challenge the Saudi-led coalition, according AMN News.

Houthis have launched a series of drone attacks on two Saudi airports in the past months, killing one Syrian resident and injuring dozens of civilians, including children.

According to media reports, the rebel movement and Saudi Arabia represent both sides of the ongoing violent military conflict in Yemen and regularly exchange airstrikes. Saudi Arabia, leading an international coalition, supports the Yemeni government in its war against the armed political Houthi faction.

The Saudi-led coalition has been engaged in the civil war in Yemen since March 2015, when it began carrying out airstrikes against the Houthi armed rebels at the request of Yemen's President Abd Rabbuh Mansur Hadi.

The conflict in Yemen has resulted in a massive humanitarian crisis in the country, according to the United Nations.

In December 2018, for the first time in several years, the parties to the conflict met face-to-face in Stockholm for a meeting organized by the UN, implementing a ceasefire, an exchange of prisoners and opening humanitarian corridors in Al Hudaydah.