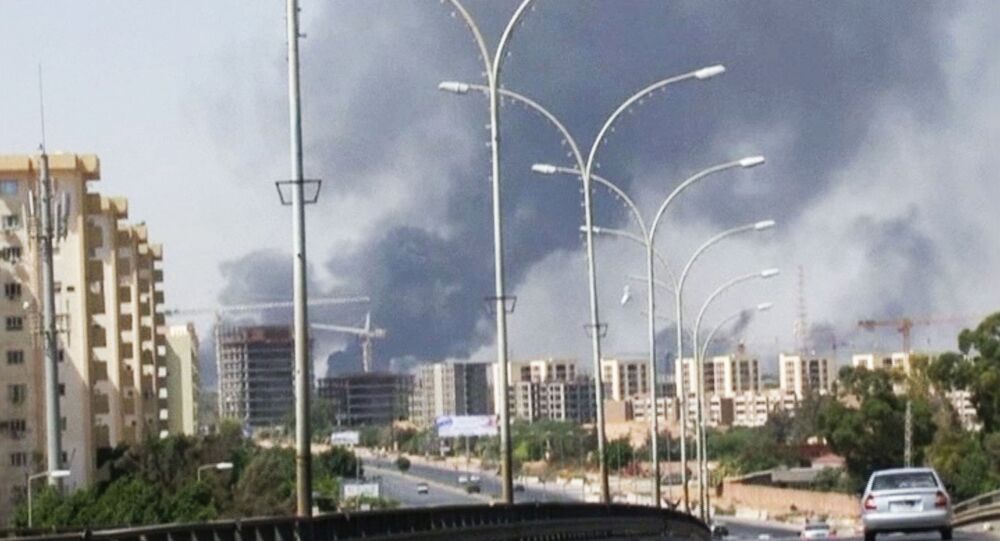 "Our heroic forces have downed a warplane of the militia after its attempt to carry out an airstrike on [the city of] Tarhunah. The plane took off in [the city of] Misrata. All crew members have died", the LNA press service said in a statement.

In April, the LNA launched an offensive to retake Tripoli from forces loyal to the GNA. The eastern Libyan forces have already taken a number of settlements on their way to the capital, including the Tripoli International Airport.

The airport said late on Wednesday that it had suspended air traffic due to the airstrike. However, hours later the Mitiga International Airport said it had resumed regular operations.

Since the overthrow and assassination of Libya's long-time leader Muammar Gaddafi in 2011, the country has been gripped by conflict.

The eastern part of the country is governed by the parliament, backed by the LNA and located in Tobruk. The GNA, headed by Prime Minister Fayez Sarraj, operates in the country's west and is headquartered in Tripoli.

The World Health Organization (WHO) said in a June report that 691 people were killed and 4,012 wounded as a result of the increased fighting in and around Tripoli.