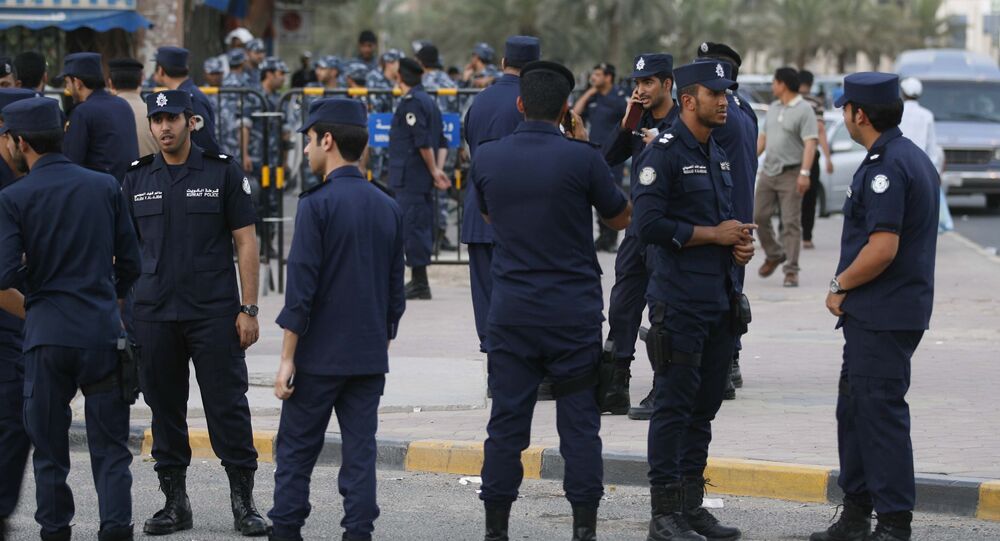 DOHA (Sputnik) - Kuwaiti police have detained a 22-year-old man who threatened to blow up the Egyptian consulate in Doha and kill himself, after having been denied entry to the diplomatic mission, local media reported on Wednesday.

According to the Al-Rai newspaper, after refusal to show his ID, the young Kuwaiti became angry because security guards would not allow him to enter the consulate to process certain documents.

The man threatened to blow up the mission, pulled out a knife and tried to stab one of the guards. He also threatened to kill himself.

After his detention, the man demanded that a probe be launched against one of the consulate’s guards over the use of force.

Following the incident, the Kuwaiti Foreign Ministry assistant for protocol affairs contacted the Egyptian ambassador, assuring him that Kuwaiti authorities would take all necessary measures in the wake of the incident and boost security around the consulate, according to the newspaper.