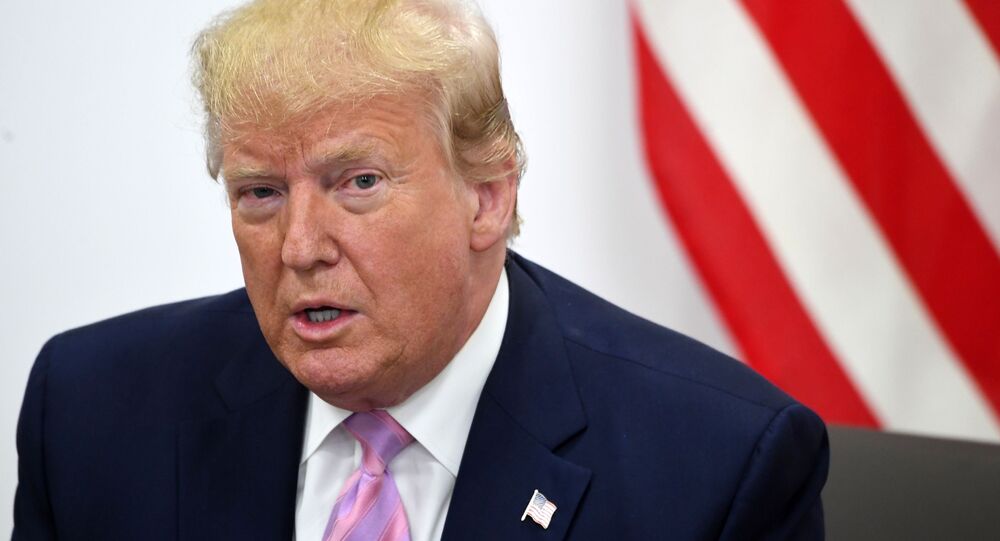 Iranian President Hassan Rouhani said earlier that starting on 7 July, Tehran’s uranium enrichment would exceed 3.67 percent and be further developed to a level Tehran requires, adding that the nation will take this step if nuclear deal signatories do not fulfill their obligations.

US President Donald Trump said Wednesday that Iran should "be careful with the threats".

Iran has just issued a New Warning. Rouhani says that they will Enrich Uranium to “any amount we want” if there is no new Nuclear Deal. Be careful with the threats, Iran. They can come back to bite you like nobody has been bitten before!

On 8 May, Iran announced that it was partially discontinuing its obligations under the Joint Comprehensive Plane of Action (JCPOA). The decision came exactly a year after the United States fully withdrew from the nuclear agreement and reimposed wide-ranging sanctions on Iran. Tehran also gave the other nuclear deal signatories — China, the European Union, France, Germany, Russia, and the United Kingdom — an ultimatum, giving them 60 days to shield Tehran from Washington's sanctions or else risk it further reducing its commitments. These 60 days end 7 July.

Iranian Foreign Minister Mohammad Javad Zarif said Monday that Tehran had exceeded the 300 kilograms (660 pounds) enriched uranium stockpile limit set out by the 2015 deal, a fact that was confirmed by the International Atomic Energy Agency.

Hassan Rouhani has said that Tehran was partially discontinuing its commitments under the JCPOA in a bid to salvage the multilateral nuclear deal.

The IAEA nuclear watchdog confirmed earlier that Iran had breached the limit on enriched uranium that it was allowed to stockpile under the landmark 2015 nuclear deal between Tehran and six world powers.

The relationship between Tehran and Washington became increasingly strained after the latter abruptly withdrew from the Iran nuclear deal in May 2018 and reimposed sanctions against Iran half a year later.

The situation reached a new low in June when Iran shot down a US Navy drone on a spying mission over Iran territorial waters. The United States insisted that the vehicle was flying over international waters. Iran immediately urged the international community to push the United States to halt its destabilizing actions in the Persian Gulf.