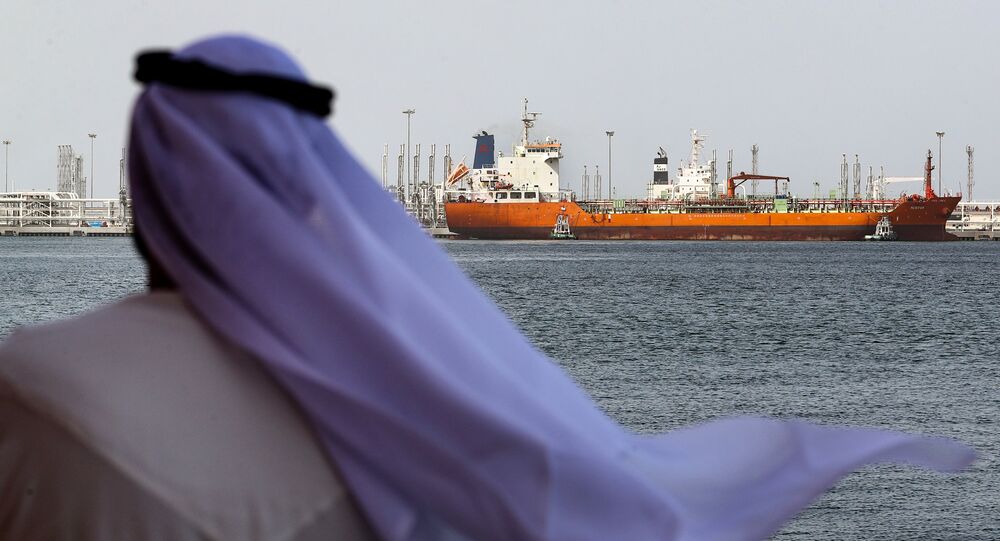 Last month two oil tankers were targeted in the Gulf of Oman near the Strait of Hormuz, with the United States and some of its allies immediately accusing Iran of being behind the attacks. Tehran has strongly denied the allegations and urged to stop "warmongering".

Saudi Arabia has moved to boost security measures in its territorial waters in the wake of recent "sabotage attacks" on several oil tankers in the Gulf of Oman in May-June, the country's Energy Minister Khalid Al Falih told reporters on Monday.

Previously, Falih called for a "swift and decisive response to the threat against energy supplies... created by the recent terrorist acts in the Arabian Gulf".

The decision comes a few days after the UN Security Council member states condemned the attacks on oil tankers as a serious threat to international maritime navigation and international security.

Multiple media reports suggested that the vessels were exposed to torpedoes, which caused blasts and a fire on at least one of them. Shortly after the incident, the United States accused Iran of having orchestrated the attacks, which, in turn, prompted US Central Command to send the US Navy destroyer USS Mason to the scene to "provide assistance".

At the time, Tehran blasted Washington's accusations as part of "sabotage diplomacy" and urged the US and its regional allies to stop the "blame game" and cease false flag operations in the Middle East.

The incident came a month after a similar episode near Fujairah, a UAE port, where four oil tankers - two Saudi, one Norwegian, and one Emirati - were targeted in what Abu Dhabi described as "acts of sabotage".

Shortly thereafter, several unnamed US officials were cited by AP as saying that "Iranian or Iranian-backed proxies" were believed to be responsible for the attacks.

Tehran, for its part, called for an investigation and cautioned against "any conspiracy orchestrated by ill-wishers" and "adventurism by foreigners" to undermine the region's stability.

Tensions have been simmering in the Gulf region since the US withdrew from the Iran nuclear deal in May 2018, but drastically escalated two months ago when the Pentagon deployed an aircraft carrier strike group and a bomber task force in a "clear and unmistakable" message to Iran that any attack on American interests or those of its allies would be met with "unrelenting force".