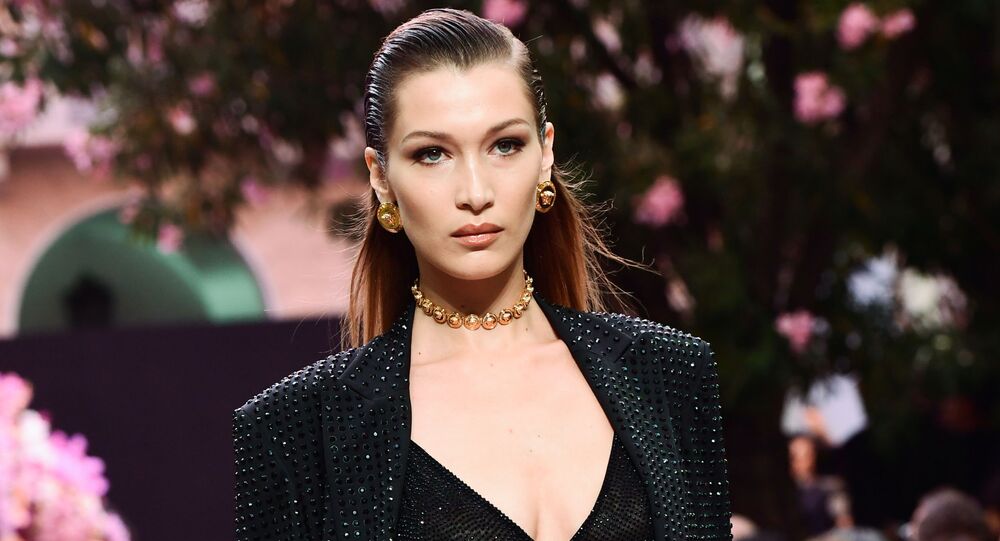 In addition to an avalanche of angry comments, customers in the Gulf region have called on their shopping malls to boycott the model over her perceived racism.

There is at least one supermodel with Arab roots out there that hasn’t been doing well in the Middle East.

Her name is Bella Hadid, and her poor photo choice appears to have deeply insulted the people of the United Arab Emirates and Saudi Arabia.

Hadid last week posted an image of her boot propped up against the window in an airport lounge, with the sole pointing at two jets that appear to have the UAE and Saudi flags on them.

Given that exposing the soles of one’s shoes and feet is deemed offensive in Islam – which was the reason behind the Muslim backlash against Nike’s "Allah" shoes this year – Hadid saw torrents of outrage spread beyond social media.

French haute couture giant Christian Dior has pulled images of Hadid, the brand’s ambassador, from its stores in the UAE and the Gulf region, a company representative told Gulf News.

A spokesperson for the Dubai Mall – the largest shopping mall in the UAE and second-largest in the world – reaffirmed its commitment to the values of “our nation and Saudi Arabia” and pledged to “take appropriate steps”, without elaborating on the topic.

Hello, thanks for your concern. We ensure you that our nation and region’s cultural sensitivities are respected. We have brought the matter to the attention of the retailers concerned to take appropriate steps.

In response to requests by angry users to remove Hadid’s photos and posters, the Mall of the Emirates distanced itself from the disgraced model: “A recent incident with a model for one of the brands at Mall of the Emirates is in no way associated with the mall, and does not reflect our values".

Hello, a recent incident with a model for one of the brands at Mall of the Emirates is in no way associated with the mall, and does not reflect our values

The mall has also cancelled an upcoming Dior event.

Users have been tweeting their outrage with videos in which they throw out the products she promotes or remove posters of the 22-year-old model.

#BellaHadidIsRacist Dior to the trash because Bella Modal for your products🗑🥾 pic.twitter.com/T1LQDcefKT

This is what happens when someone disrespected the the sovereignty of #UAE & #KSA
respect to be respected, or face the consequences of your actions.
Good move from @MallofEmirates to cancel #Dior event, now it’s the turn of @TheDubaiMall to do the same.#BellaHadidIsRacist pic.twitter.com/BLl3pSJfXO

The 22-year-old model, who was born to Dutch-American model Yolanda Hadid and Palestinian real estate mogul Mohamed Hadid, said her photo had been misinterpreted dramatically.

“The photo of my shoe…had nothing to do with politics. I Promise. I never noticed the planes in the background and that is the truth", she said.

“I want to send a sincere apology to those who ever thought I would put the blame on them, especially to Saudi Arabia and the UAE… This was never the case, and I hope you can understand the misunderstanding”.