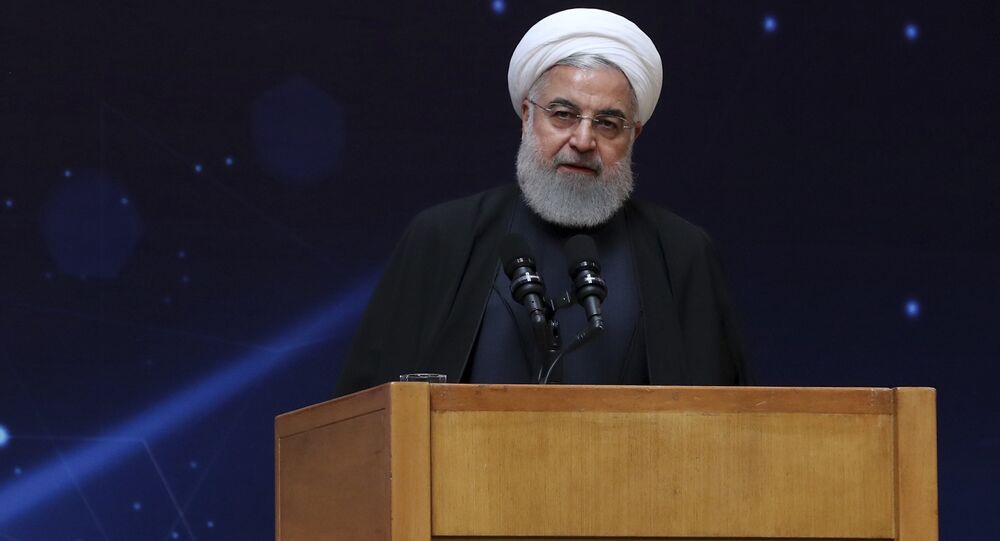 MOSCOW (Sputnik) - Iran will not renegotiate the nuclear deal on any conditions, Iranian President Hassan Rouhani said on Tuesday in a phone conversation with French President Emmanuel Macron.

"There is no chance of re-negotiating an agreement that was made after two years of negotiation," Rouhani said as quoted in a press release published on the presidential website.

According to Rouhani, by increasing sanction pressure the United States only shows its unwillingness to resolve issues.

Rouhani also recalled that Tehran will continue reducing its commitments under the nuclear deal, if other signatories of the deal fail to shield Iran from Washington's sanctions.

Tensions between Tehran and Washington are mounting ever since the US abrupt withdrawal from the Iranian nuclear deal back in May 2018. A year later, the situation only worsens, with the United States unveiling batches of sanctions against the Islamic Republic, targeting the country's finance, transport, military and other spheres.

Iran later announced that it had partially discontinued its commitments under the landmark accord and gave the other nuclear deal signatories — China, the European Union, France, Germany, Russia and the United Kingdom — an ultimatum, saying it would in 60 days reduce some other obligations if they failed to protect Tehran's interests.

Foreign Policy Analyst: 'Turkey Could Act as a Mediator Between Iran and the United States'