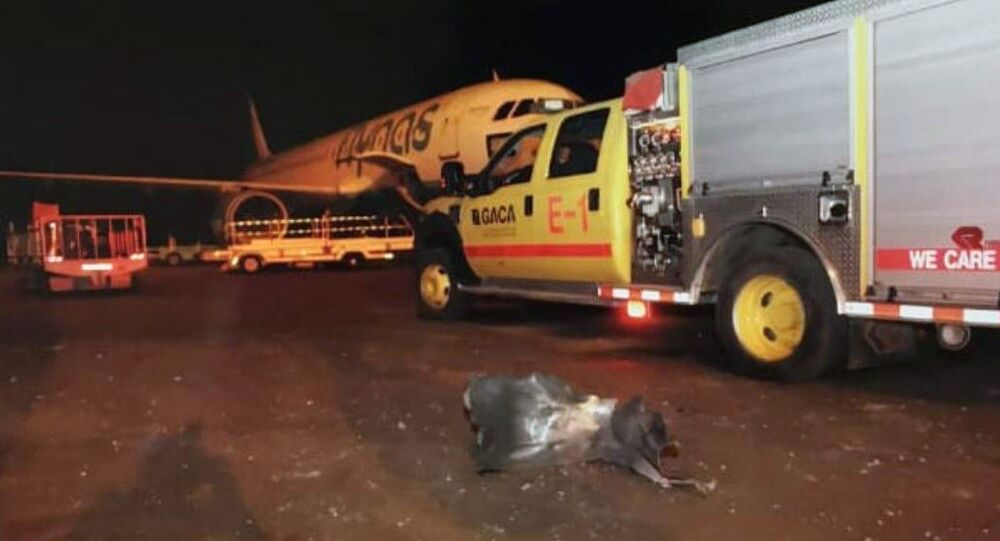 Later on Sunday, the Saudi-Led coalition confirmed that a man died following the Houthi's drone attack, according to Reuters.

The Saudi Arabian city of Abha was targeted in a drone attack for the second time this month, Al Masirah TV reported earlier, citing a military source.

In the past two weeks, the Houthi group has reportedly attacked Abha and Jizan several times.

The Houthi-controlled Al Masirah TV reported on Saturday, citing a military source, that insurgents from the Ansar Allah movement had downed a Saudi-led coalition surveillance aircraft in the skies over Yemen, not far from the Saudi border.

The armed conflict in Yemen between government forces, led by President Abdrabuh Mansour Hadi, and the Houthis has been ongoing since 2011. It peaked in 2015 when the Saudi-led coalition joined the military action on the government’s side. The United Nations has repeatedly called the Yemeni conflict the world’s worst humanitarian crisis, with an estimated 24 million people – over 80 percent of the country’s population – currently in need of aid.

In December 2018, for the first time in several years, the parties to the conflict in Yemen met for negotiations organized by the United Nations in Stockholm. They reached a number of important agreements, in particular, that of implementing a ceasefire, exchanging prisoners and opening humanitarian corridors in the port city of Al Hudaydah.