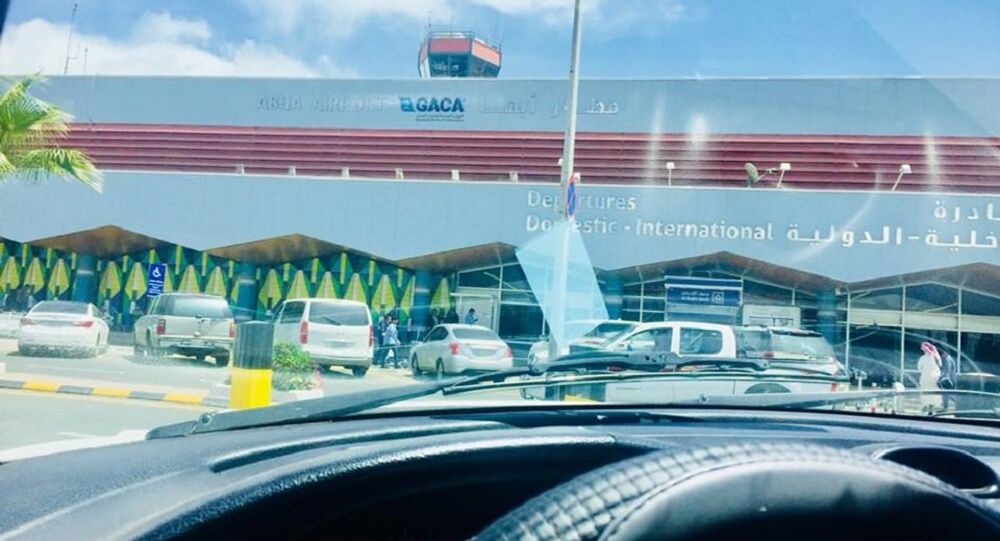 The Saudi Arabian city of Abha was targeted in a drone attack for the second time this month, Al Masirah TV reported, citing a military source.

Yemen's armed Houthi political opposition faction claimed that they carried out a drone attacks on the Abha and Jizan airports in Saudi Arabia, according to the Al Masirah TV broadcaster.

There is no confirmation about the attack from the kingdom, local media reported.

In the past two weeks, the Houthi opposition group has attacked Abha and Jizan several times.

The Houthis on 22 June reportedly shot down a Saudi-led coalition reconnaissance aircraft in the skies over Yemen, not far from the Saudi border.

Earlier, Al Arabiya reported that the Saudi-led coalition said it struck targets, including booby-trapped boats, belonging to the Yemeni Houthi movement in the vicinity of the port of Al Hudaydah in the wake of an attack by the opposition Houthis at a utility plant in Saudi Arabia.

The coalition, supporting the Yemeni government, and the Houthis have been exchanging attacks amid the conflict in Yemen.

The Saudi-led coalition began conducting a military operation in Yemen in March 2015, when it carried out airstrikes against the Houthi armed opposition faction at the request of Yemeni President Abd Rabbuh Mansur Hadi.