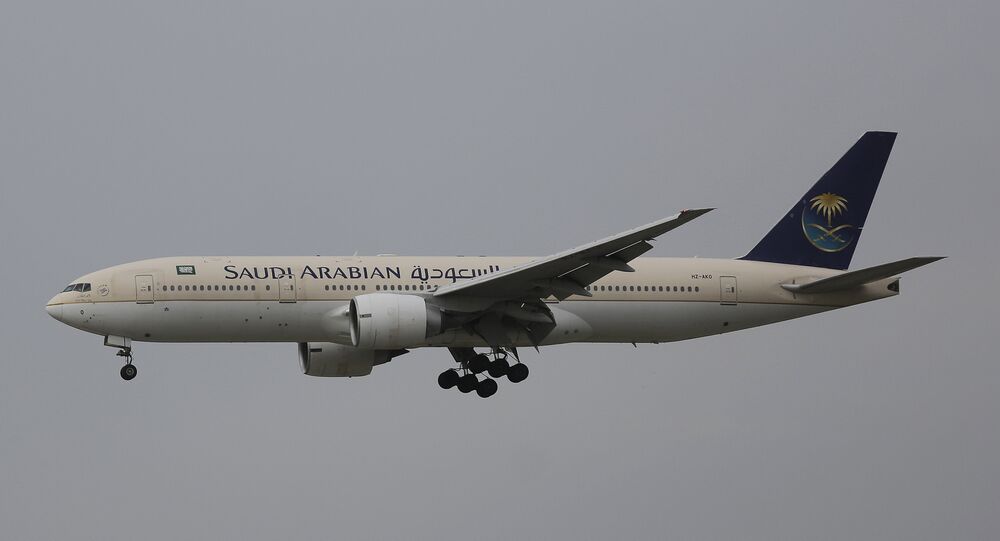 The US Federal Aviation Administration (FAA) announced earlier that it had banned the US-owned airlines from flying over Iranian waters in the Persian Gulf and the Gulf of Oman, citing increased military activities and risks of miscalculations in the region.

According to media reports, following the FAA's decision over a dozen non-US air carriers have restricted or altered commercial jet flight routes in the areas surrounding Iran.

On Sunday, Saudi Arabian Airlines altered the path of its international flights away from the Gulf of Oman and the Strait of Hormuz, Reuters reported, citing the state-run Saudi Al-Arabiya broadcaster.

The news comes after the Iranian Revolutionary Guards Corps (IRGC) on Thursday downed a US spy drone over the coastal Hormozgan province, facing the Persian Gulf, for entering its national airspace. The US military confirmed that the aircraft had been shot down, but said it was flying in international airspace. US President Donald Trump said Iran had made a "big mistake" but later told reporters that he thought that perhaps the downing was not intentional.

The downing of the unmanned Global Hawk surveillance drone was the latest in a series of incidents in the Gulf region that have included sabotage attacks on six oil tankers.

The United States blamed the attacks on Iran and significantly boosted its military presence in the region, while Tehran dismissed the claim that it had a role in the incidents.

In a reversal of US policy, Trump announced in May 2018 that he would pull the United States out of the 2015 international agreement on Iran's nuclear program, the Joint Comprehensive Plan of Action. Since then, Washington has begun reimposing sanctions that were lifted as a result of the historic agreement.

The US also declared the IRGC a terrorist organization, to which Iran responded by recognizing the US Central Command as a terrorist group and the United States as a "state sponsor of terrorism".

Trump said Friday that the US military was ready to strike targets in Iran in response to the downing of a US Navy drone, but noted that he had called off the attacks at the last minute because they were not proportionate.

Iran’s Ambassador to the United Nations, Majid Takht Ravanchi, in a letter to UN Secretary-General Antonio Guterres, has encouraged the international community to call on the United States to end its unlawful and destabilizing measures in the Persian Gulf.