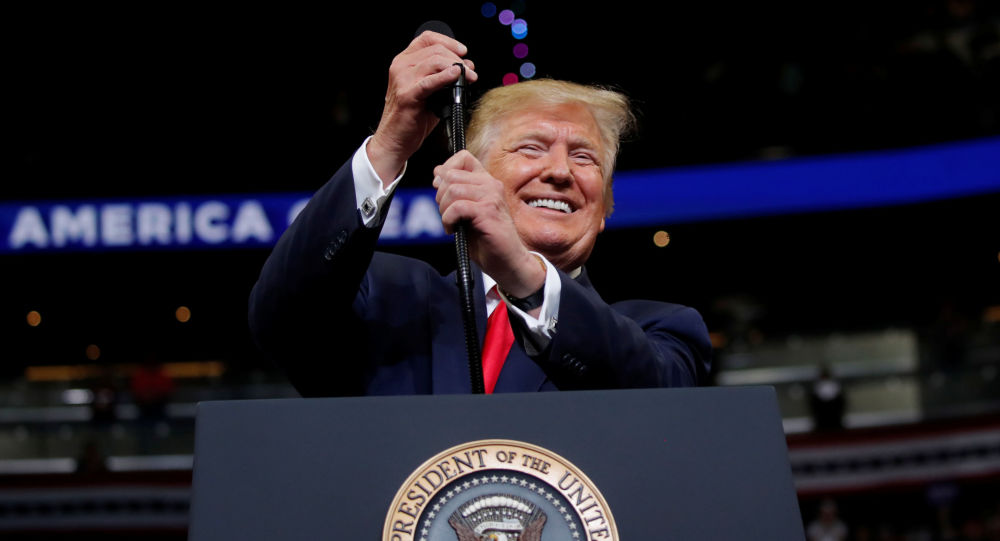 Earlier in the day, Trump announced that a military action against Tehran was still on the table after Iran downed a US drone. The statement follows a separate announcement from the president, in which he stated that another round of anti-Iran sanctions is expected to be implemented as a means of preventing Tehran from developing nuclear weapons.

After the incident, both sides released maps of the drone's alleged flight path. While the map from Tehran showed that the unmanned aerial vehicle (UAV) was in Iran airspace, the US map claimed that it was in international airspace over the Strait of Hormuz.
On Friday Trump announced that he had halted a "retaliatory" military strike against three sites in Iran 10 minutes before it was set to be carried out after deliberating that an estimated 150 Iranians would die in the attack.
Tensions between the two nations have escalated since Washington unilaterally quit the 2015 Iran nuclear pact last year and reimposed economic sanctions on the Islamic republic.
...
Reddit
Google+
Blogger
Pinterest
StumbleUpon
Telegram
WhatsApp
668