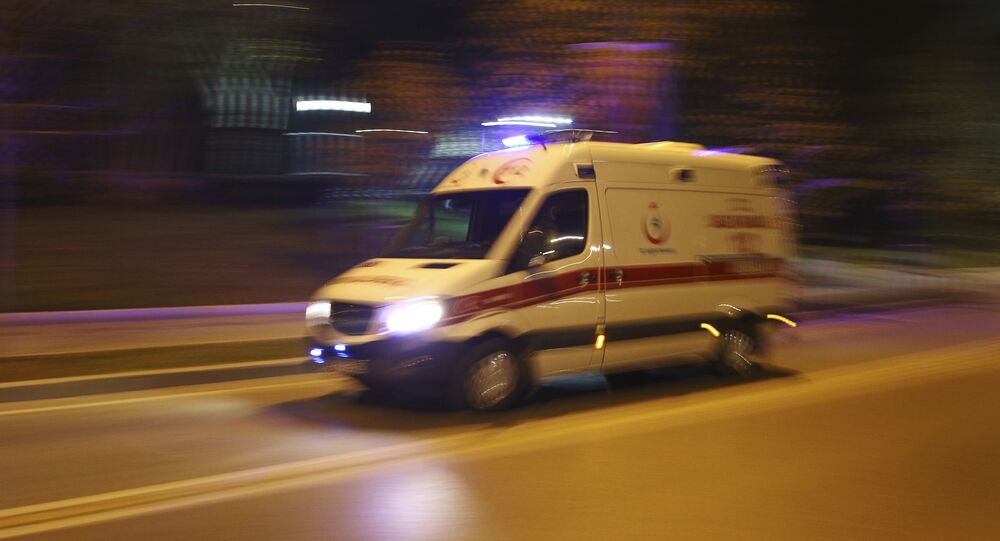 MOSCOW (Sputnik) – At least four people were killed and another six were wounded on Saturday as a result of a factory fire in Istanbul's district of Buyukcekmece, the Daily Sabah newspaper reported citing the provincial governorate’s statement.

A total of 20 workers, trapped on the factory building's rooftop, were saved by firefighters, according to the Daily Sabah newspaper.

After the fire was put out, the corpses of four non-Turkish citizens were found in the building, the statement said. Two other workers and four firemen were sent to hospital for treatment.

Four foreign national workers were killed June 22 in a factoryfire in Istanbul, Istanbul's governorship said in a statement.
The fire broke out at a factorythat produces textile products and plastic materials in Büyükçekmece district, #Istanbul province. pic.twitter.com/fiXByQqqGJ

​Another 15 workers, believed to be illegal migrants, who survived the fire, were sent to the police station for checks.

The investigation into the incident has been launched to identify the cause of the fire, the statement added.