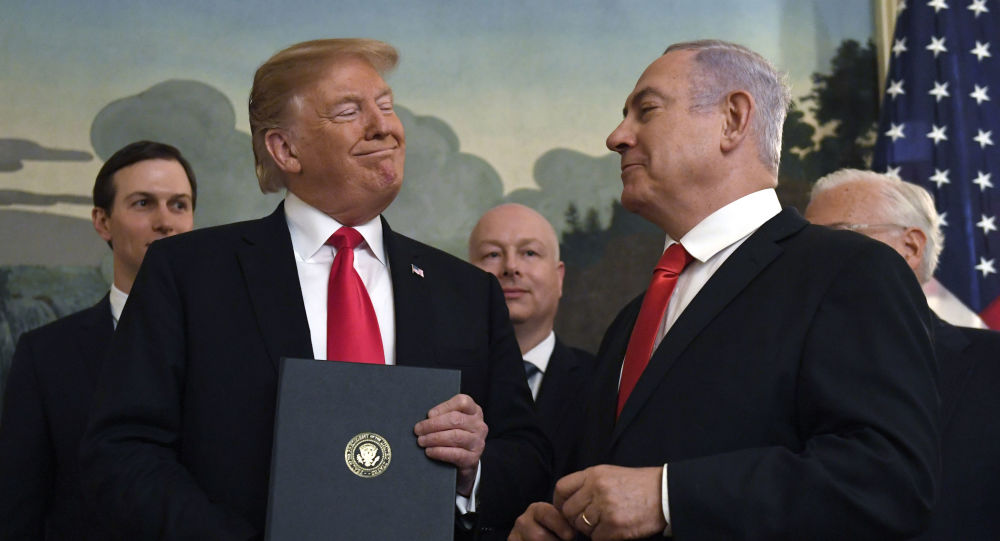 Ex-CIA Chief: 'It Cannot Look Like US is in the Pocket of Israel' or Vice Versa

The Trump administration is expected to unveil a much-anticipated Mideast peace agreement this year, which will likely rule out a two-state solution. The release of the agreement was delayed until September in the wake of political uncertainty in Israel.

Leon Panetta, a former US defence secretary who was also in charge of the CIA between 2009 and 2011, has said that the backing of Israeli policies by the Trump administration has undermined the United States’ credibility as a peace-broker in the Israeli-Palestinian conflict.

Panetta told Israeli Army Radio that the United States has failed to maintain a “balanced approach” in its relations with the Israelis and the Palestinians.

“We’ve always tried to maintain a balanced relationship and because the United States appears to have given up that balanced approach it has created serious problems” in bringing Palestinians on board with the upcoming peace plan, Panetta told the station, as quoted by The Times of Israel.

Deal of the Century

Washington is working on a peace plan that Donald Trump billed as the “deal of the century”. It initially sought to unveil its proposals after the Israeli legislative elections in April, but Benjamin Netanyahu failed to form a coalition following his re-election, and Israel’s parliament voted to dissolve itself and scheduled a new election for September.

President Trump has largely outsourced the peace deal to his son-in-law and national security adviser, Jared Kushner. While the latter has revealed a few details of the agreement so far, it is understood to include a political and economic component.

Kushner said the political portion would be a reversal of approaches of previous US administrations. For decades, Washington has advocated a solution to the conflict that would establish two independent states, one for Palestinians and one for Israelis.

Kushner remarked, however, that “the two-state solution failed”, hinting that the deal would instead float some other options.

He is expected to lay out the economic proposals at a workshop in Bahrain next week but Palestinians are set to boycott it.

The authority's foreign minister described the upcoming deal as a "surrender act".

During his time in office, Donald Trump has publicly supported Israel on several controversial matters. He recognised Jerusalem as Israeli's capital, despite Palestinian claims to the city, and endorsed Israel’s control over Golan Heights in a move condemned by Syria and the international community.

The US has also closed the offices of the Palestine Liberation Organisation in Washington, DC over its alleged reluctance to hold direct talks with Israel, and cut multi-million-dollar aid to Palestinians in the West Bank and Gaza.