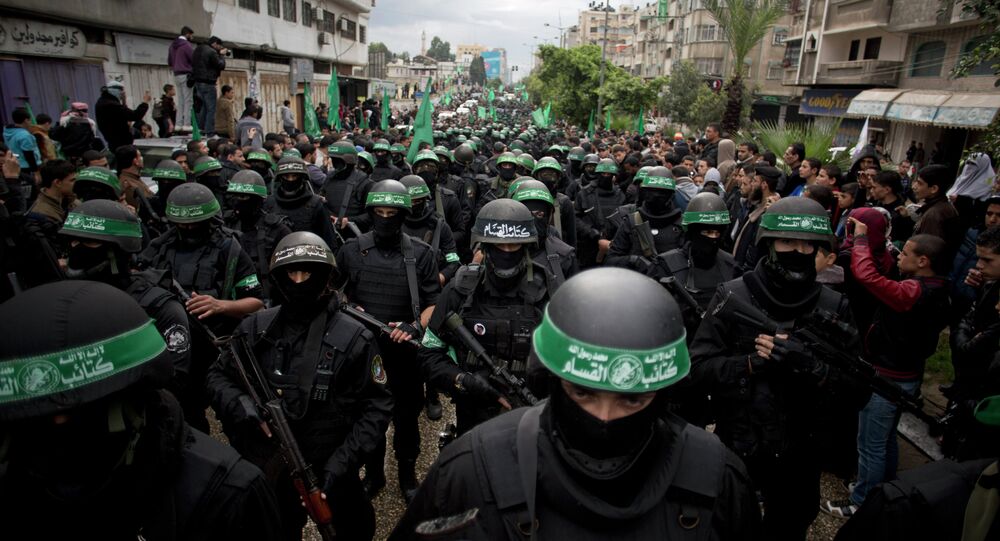 Tel Aviv has repeatedly accused Tehran of supporting 'terrorist' groups such as Hezbollah and Hamas, and of waging proxy wars in countries such as Syria which could pose a threat to Israel's security. Iran has denied the charges, and accused Israel and its allies of engaging in military aggression across the region.

Iran may attempt to provoke Israel along one of its borders to try to escalate the ongoing hostilities with the US, Israeli and Western intelligence sources have told the Haaretz newspaper .

According to the unnamed officials, Iran has been "disappointed" over its apparent inability to pressure the US into rethinking its tough sanctions regime, and as a result "might opt for a provocation along the Israeli border."

This, according to the officials' logic, would further exacerbate the sense of a crisis in the Middle East and force Washington to 'reexamine its steps' against the Islamic Republic.

Haaretz's sources did not clarify what specific hostile steps Iran might take, although the newspaper suggested scenarios include a conflict involving Shia militias operating in southern Syria, "or perhaps an operation by Hezbollah or others in southern Lebanon."

Israel has ramped up its security efforts amid the tensions in the region. The country's security cabinet met twice this week, with the Israel Defence Forces holding two large-scale preplanned drills in the country's north. The Israeli Air Force held its own exercises simulating a multi-front conflict, reportedly including scenarios in which enemy forces are armed with S-300 and S-400 air defence systems.

On Wednesday, Israeli Prime Minister Benjamin Netanyahu said that he was aware of reports of "our neighbours from the north, south and east threatening to destroy us," and warned that Israel has immense "destructive power" which would-be enemies shouldn't test.

Tensions between Iran and the US escalated again last week following an apparent sabotage attack against two oil tankers off Iran's coast in the Gulf of Oman. Washington immediately blamed Tehran for the attacks, while Iran's foreign ministry accused the Trump administration and its Israeli and Gulf State allies of deliberately escalating the situation to "cover up" the US's "economic terrorism against Iran."

On Tuesday, The Washington Post reported, citing conversations between Secretary of State Mike Pompeo and foreign officials, that the US would consider the death of a single US service member as sufficient cause for military action against Iran. Earlier, Islamic Revolutionary Guard Corps commander-in-chief Hossein Salami said that Iran's missiles could hit carriers at sea "with great precision," with other Iranian military officials warning Iran's "enemies" not to station their forces near Iran's borders.

Iranian-US relations began a freefall in May 2018, when the US unilaterally withdrew from the 2015 Iran nuclear deal and slapped the country with tough sanctions. Last month, on the one year anniversary of the US withdrawal from the pact, Iran announced that it would scrap some of its voluntary commitments under the treaty amid its other signatories' insufficient resolve to deal with the consequences of the US sanctions regime.

‘Just The Tip of The Iceberg’: Israel Permits Demolition of Buildings Under Palestinian Jurisdiction