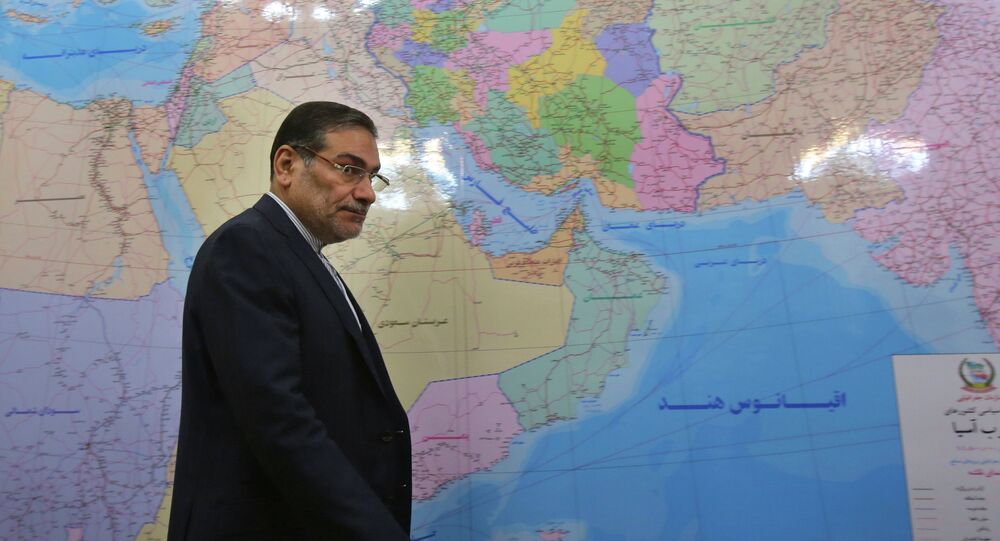 “We currently face demonstrative threats. Nevertheless, when it comes to air defence of our country, we consider using the foreign potential in addition to our domestic capacities,” Shamkhani said when asked whether Iran might purchase Russian S-400 air defence systems in case it faces a serious threat.

Shamkhani also added that Iran is not currently considering the possibility for Russia or any other state to mediate the Iranian-US dialogue on the Joint Comprehensive Plan of Action (JCPOA).

"Mediation is out of question in the current situation. The United States has unilaterally withdrawn from the JCPOA, it has flouted its obligations and it has introduced illegal sanctions against Iran. The United States should return to the starting point and correct its own mistakes. This process needs no mediation," Shamkhani said.

The official went on to say that Iran will continue gradually boosting uranium enrichment and heavy water production beyond the levels outlined in the Joint Comprehensive Plan of Action (JCPOA), until JCPOA participants who violate the nuclear deal return to compliance.

"This is a serious decision of the Islamic Republic [of Iran] and we will continue doing it step by step until JCPOA violators move toward agreement and return to fulfilling their obligations," Shamkhani said.

If JCPOA participants do not comply with the deal, Iran will be reducing its commitments "step by step within legal mechanisms that the JCPOA envisions," Shamkhani stressed.

The Iranian security council secretary also lashed out at the United States for exercising pressure on the Islamic Republic through claims that Iran was behind the attack on oil tankers attack in the Gulf of Oman.

Addressing the issue of a possible closure of the strait of Hormuz, the official underlined that Iran will protect its borders and repel any encroachment.

Nevertheless, the official added that there was no reason for the Iranian-US conflict to escalate into a military confrontation.

"Iran and the United States will not come to war as there is no reason for this war to happen," Shamkhani said.

On Thursday, two oil tankers - the Kokuka Courageous and the Front Altair - were reportedly attacked in the Gulf of Oman near the Strait of Hormuz. The United States rushed to accuse Iran of allegedly sabotaging the vessels. Iran refuted these allegations as unsubstantiated.

The US-Iran relations have soured considerably after President Trump pulled out the United States from the 2015 Joint Comprehensive Plan of Action in May 2018, in a move slammed by other signatories of the agreement.