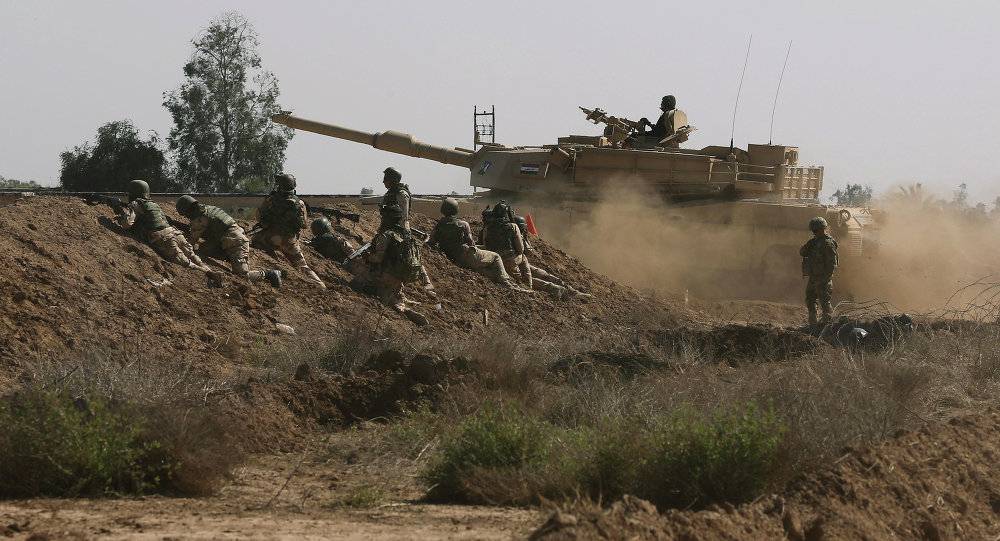 A military base hosting US forces north of Baghdad was truck by two mortar shells late Monday without causing casualties, Reuters reported, citing a military source.

The shelling targeted the Iraqi section of the sprawling Taji military base, located about 30 km (18 miles) north of the Iraqi capital, Reuters reported.

Iraq has long suffered from the activities of various terrorist groups. In 2014, vast territories of the state were occupied by jihadists from the Daesh terrorist group. The Iraqi army has successfully fought back against Daesh.

In the end of 2017, then-Iraqi Prime Minister Haider Abadi declared an end to the country's fight against the infamous terrorist group as Iraq's troops re-established control over the country's Syrian border.

The situation across Iraq, however, reportedly remains unstable, as terrorists continue staging regular attacks on Iraqi troops and civilians.

A US-led coalition of more than 70 members is conducting military operations against Daesh in Syria and Iraq. Coalition strikes in Iraq are conducted in cooperation with Iraqi officials, but those in Syria are not authorized by the government of President Bashar Assad or the United Nations Security Council.

*Daesh (Islamic state/ISIS/ISIL) is a terrorist group banned in Russia and many other countries.