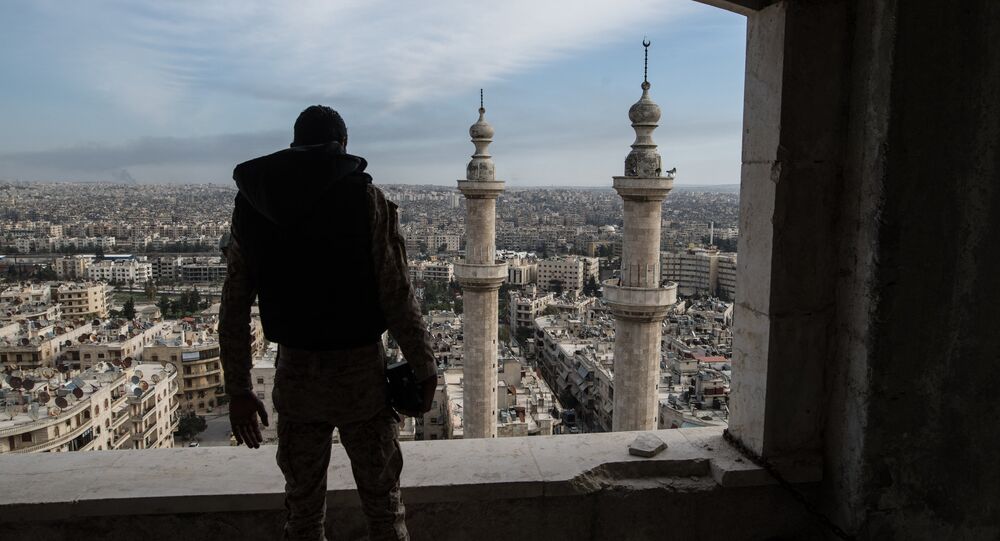 According to police, the Sunday attack has also left 15 people injured.

“The armed groups deployed in the Rashidin area on the outskirts of the city of Aleppo fired several projectiles at the southern suburb of Aleppo, which fell in the village of al-Wadihi,” the source said.

According to the source, the attack killed a Syrian serviceman and injured several women and children. The attack also caused significant property damage.

Some of the injured people remain in critical condition, so the death toll may further increase, the source added.

Syria has been mired in a civil war since 2011, with the government forces fighting against numerous opposition groups as well as militant and terrorist organizations.

In late April, terrorists boosted the number of attacks on the Syrian provinces of Hama, Aleppo and Latakia. They also attempted to attack positions of the Syrian army in the region. The government forces responded by intensifying their attacks on terrorists remaining in Idlib. Last week, Russia initiated an agreement on the full cessation of hostilities in the Idlib de-escalation zone.