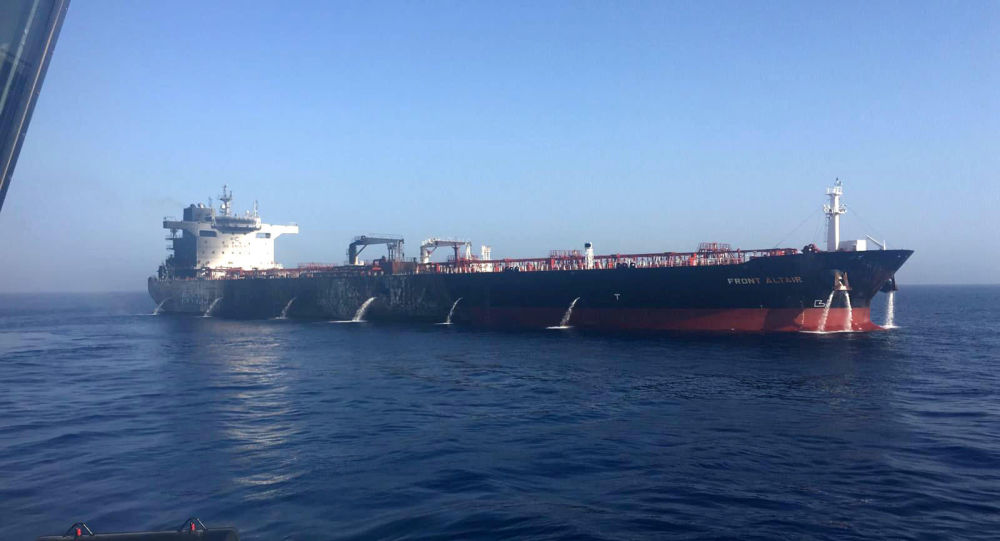 The Saudi Crown Prince called on the international community to take a "decisive stand" against what he believed was Iranian aggression during an interview with Asharq Al-Awsat newspaper.

"The Iranian regime did not respect the Japanese prime minister's visit to Tehran and while he was there replied to his efforts by attacking two tankers, one of which was Japanese," bin Salman said, quoted by the newspaper.

"We do not want a war in the region... But we won't hesitate to deal with any threat to our people, our sovereignty, our territorial integrity and our vital interests,” he added.

On 13 June, two oil tankers, the Panama-registered Kokuka Courageous, operated by Japan’s Kokuka Sangyo Co, and Marshall Islands-flagged Front Altair, owned by Norway's Frontline, were hit by blasts in the Gulf of Oman, near the Strait of Hormuz. Shortly after the explosions occurred, the Japanese Trade Ministry said in a statement that both ships were carrying “Japan-related cargo.”

The United States claimed that Iran had attacked the vessels, yet has not provided any substantial evidence to support its claims. The US military subsequently released a video showing alleged Iranian forces removing an unexploded mine from one of the tankers. The footage, however, did not show any boat names or flags that could help substantiate the claims. Iran has denied all the allegations of having a role in the incident.

The Saudi Crown Prince also noted in the interview that the kingdom's strategic relations with the United States would not be affected by "media campaigns or some stances published by US entities,” referring to the media attention to last year's murder of journalist Jamal Khashoggi.