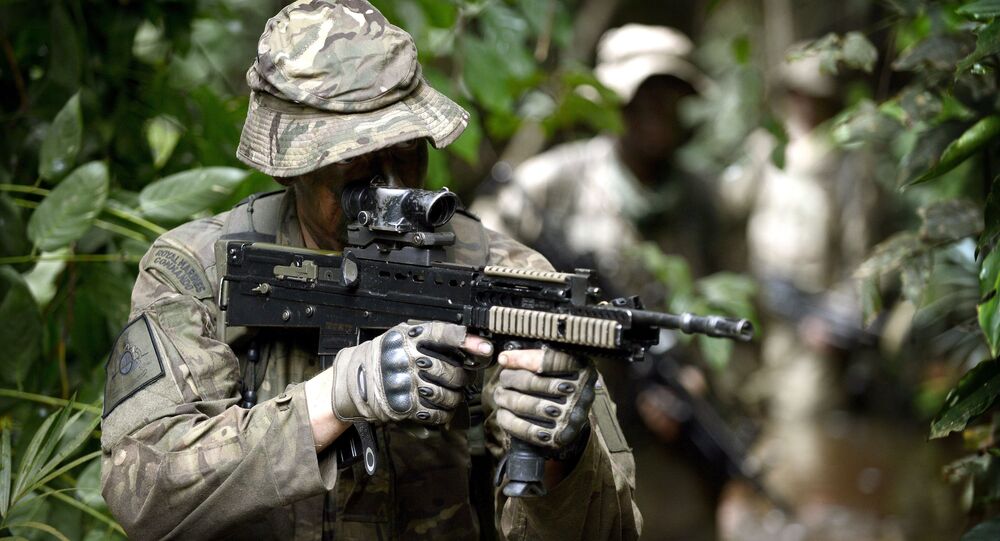 The reported development comes amid heightened tensions in the Middle East as the United States and its regional allies have accused Iran of orchestrating an attack on two oil tankers in the Gulf of Oman earlier this week. Tehran has strongly rejected the allegations as unfounded.

The Royal Marines are being deployed to the Gulf of Oman following an incident, in which two oil tankers were targeted near the Strait of Hormuz on 13 June, causing explosions and a fire on at least one of them, the Daily Star reported, citing unnamed sources.

The troops will purportedly be tasked with keeping British vessels safe, using equipment to search the open sea for “fast Iranian attack craft” and “terminate” them if deemed necessary.

“We have had marines in the region on anti-piracy and counter-terrorist operations for some time. If the current situation escalates I expect we will see more personnel deployed to bolster the operation”, the source was quoted as saying.

According to the UK tabloid, the marines will be equipped with sniper rifles and light machine guns, but they have been instructed to use them only as a last resort.

An estimated 120 specialist troops from 42 Commando, a subordinate unit within the Royal Marines 3 Commando Brigade, are heading Bahrain as part of what has been dubbed Special Purpose Task Group 19, the Daily Star claimed.

The Defence Ministry has not commented on the reports so far.

While the UK government is fuelling the US version of events pointing the finger at Iran for the attacks in the tankers, Labour Party leader Jeremy Corbyn has questioned that assessment, insisting on the need for credible evidence.

Britain should act to ease tensions in the Gulf, not fuel a military escalation that began with US withdrawal from the Iran nuclear agreement. Without credible evidence about the tanker attacks, the government’s rhetoric will only increase the threat of war.

His savage tweet came in response to UK Foreign Secretary Jeremy Hunt’s assumption that the Islamic Revolutionary Guard Corps (IRGC) was “almost certainly” behind the attacks.

“No other state or non-state actor could plausibly have been responsible. These latest attacks build on a pattern of destabilising Iranian behaviour and pose a serious danger to the region”, Hunt said Friday.

The foreign secretary’s judgement followed the release of a video by the US Central Command claiming to show Iranians removing an unexploded mine from one of the tankers’ hull as “proof” of Iran being the culprit.

Not only has this footage been blasted by several nations, such as Germany, saying that it was simply not enough to prove that Tehran was to blame, but it has as well been ripped by Yutaka Katada, the president of the Japanese company operating the tanker Kokuka Courageous.

As Iran has repeatedly denied its involvement in the incident and called on the United States to stop the “blame game”, President Donald Trump doubled down on the accusations in a Friday interview with Fox News by once again referring to CENTCOM’s video.

"Iran did do it and you know they did it because you saw the boat. You saw the boat at night, successfully trying to take the mine off and that was exposed. I guess one of the mines didn't explode and it's probably got essentially Iran written all over it", POTUS said.