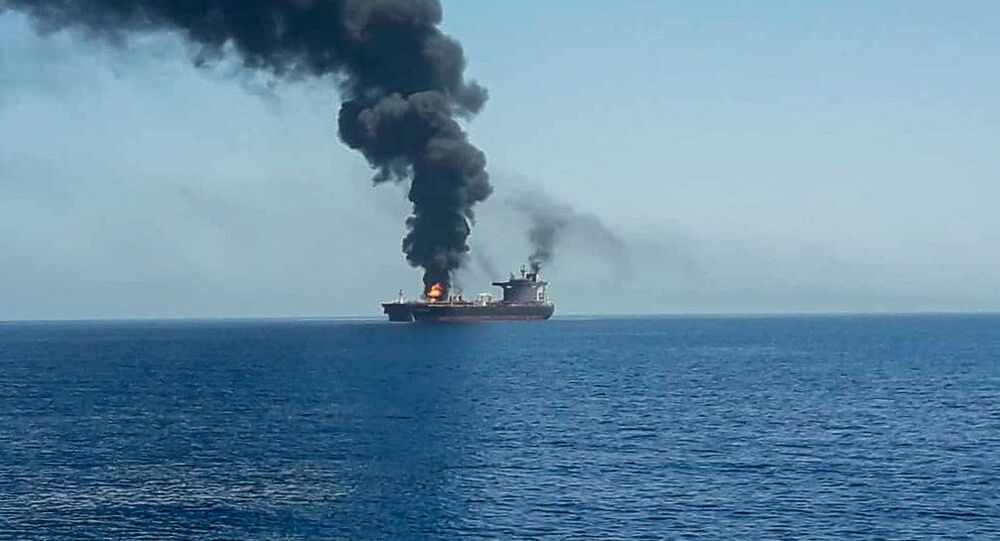 MOSCOW (Sputnik) – The Iranian forces have perpetrated a failed missile attack on a US drone hours before the tankers incident in the Gulf of Oman, US media reported, citing a source.

The CNN reported on Friday, citing a US official, that the US MQ-9 Reaper reconnaissance drone observed Iranian vessels close to the affected tankers prior to the incident that happened on Thursday.

The Iranian forces reportedly detected the drone and fired a surface-to-air missile at it. The missile, however, missed the vehicle and fell into the water.

The same source told CNN that two days prior to the Thursday’s incident, another US drone had been downed in the Red Sea by an alleged Iranian missile fired by the Yemeni Houthi rebel movement.

On Thursday, two oil tankers, Kokuka Courageous and Front Altair, suffered explosions and fires in the Gulf of Oman near the Strait of Hormuz. While the causes of the incident remain unknown, the United States claimed that Iran had attacked the vessels. However, Washington had not provided any evidence to support its claims. The US military subsequently released a video showing alleged Iranian forces removing an unexploded mine from one of the tankers. The footage, however, did not show any boat names or flags that could help substantiate the claims.

Iran has denied all the allegations of having a role in the incident. Moscow called for an investigation into the incident, calling for avoiding making hasty conclusions on the issue.