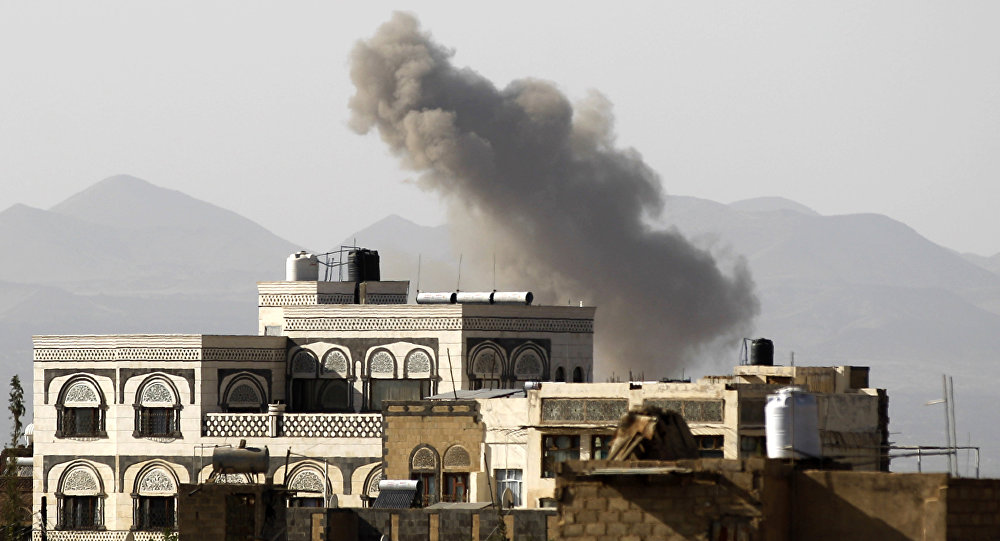 The Saudi-led coalition struck Houthi air-defense systems in the Yemeni capital of Sana'a early Saturday morning, according to reports from a Saudi state television outlet.

On Saturday, a spokesperson for the Saudi-led coalition announced that the group had set specific targets in Sana'a in an attempt to destroy Houthi military capabilities in the area and protect civilians, according to Saudi outlet Al Arabiya.

The coalition spokesperson stressed that civilians should avoid said target areas in Sana'a.

This reported attack in Sana'a comes a day after Yemen's Houthis targeted Saudi Arabia's Abha Airport with drones on Thursday and a two days following a Houthi cruise missile strike on the airport Wednesday, which injured at least 26 people.

Though the cruise missile did strike the airport, Turki al-Maliki, another spokesman for the Saudi-led coalition, announced Friday that the Saudi Royal Air Force had intercepted and destroyed five unmanned drones deployed by the Houthis.

Since the start of the Saudi-led coalition's airstrike campaign in 2015, tens of thousands of people, many of them civilians, have died. The United Nations has described the conflict as the world's worst humanitarian crisis.