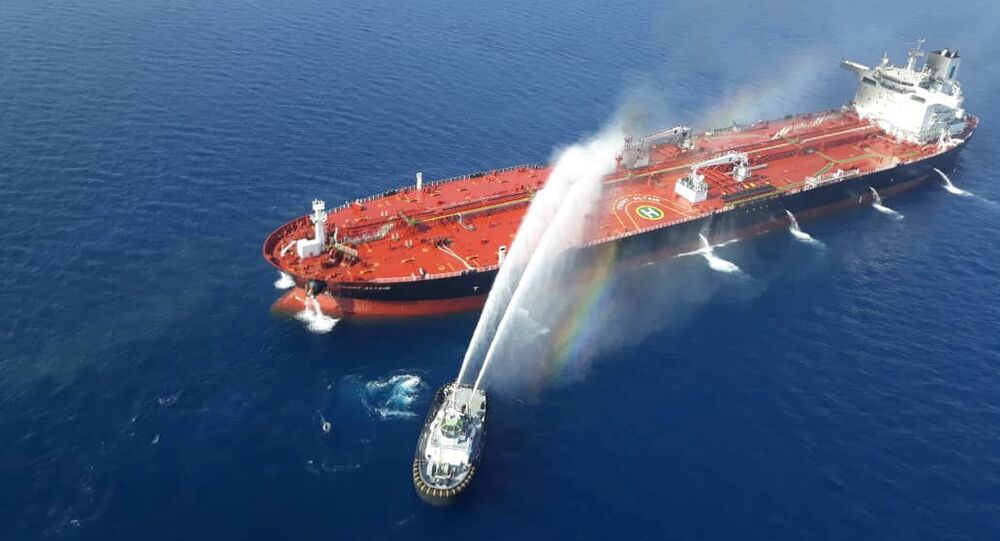 "It is almost certain that a branch of the Iranian military - the Islamic Revolutionary Guard Corps - attacked the two tankers on 13 June. No other state or non-state actor could plausibly have been responsible," it said in a statement.

It also claimed that Iran had previously conducted attacks on oil tankers.

"The Emirati-led investigation of the 12 May attack on four oil tankers near the port of Fujairah concluded that it was conducted by a sophisticated state actor. We are confident that Iran bears responsibility for that attack," the statement said.

"Our own assessment leads us to conclude that responsibility for the attacks almost certainly lies with Iran. These latest attacks build on a pattern of destabilising Iranian behaviour and pose a serious danger to the region," Hunt said.

On Thursday, two oil tankers, Kokuka Courageous and Front Altair, were hit by explosions in the Gulf of Oman near the Strait of Hormuz. The United States accused Iran of attacking the ships without providing any evidence. Tehran refuted the accusations, calling them baseless. Moscow called for an investigation into the incident, urging to avoid making hasty conclusions.

The cause of the incident remains unknown. According to some reports, the tankers were hit by torpedoes. However, there is no official confirmation of such reports. All crew members of the affected vessels were evacuated to Iran. According to the owner of one of the tankers, there were 11 Russians aboard Front Altair, all of them were safe.