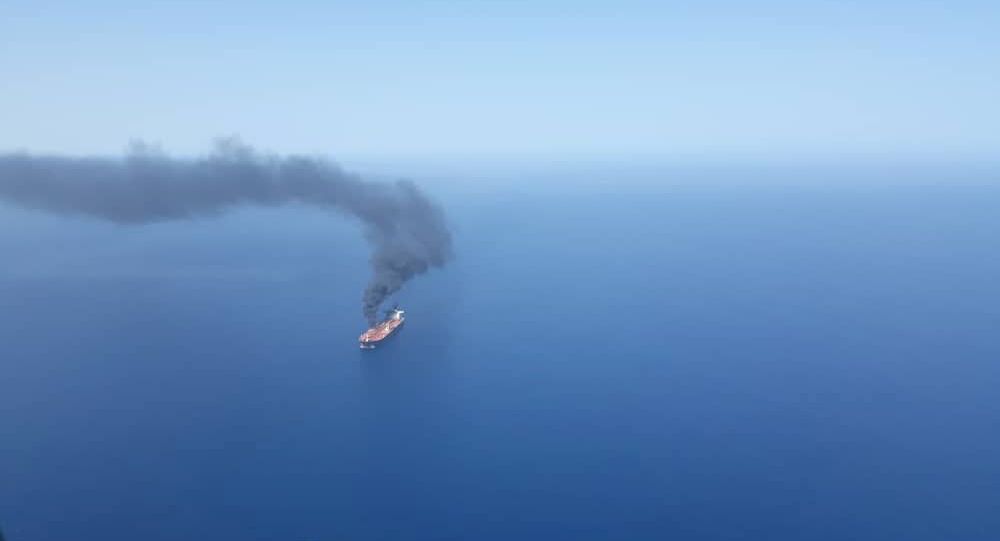 Earlier, US Secretary of State Mike Pompeo accused Iran of committing attacks against two oil tankers in the Gulf of Oman. Tehran has vehemently denied Washington's accusations and called to stop using false flag provocations to shift the blame onto the Islamic Republic of Iran.

US President Donald Trump claimed in an interview with Fox News that Iran was responsible for explosions that damaged two oil tankers sailing through the Gulf of Oman on 13 June.

Trump alleged that the video, previously released by CENTCOM, proves Tehran's guilt. The US claims that the video shows an Iranian Revolutionary Guard Corps boat approaching one of the tankers and removing an unexploded mine from its hull.

The US president, responding to a question regarding possible steps to counter Iran, said that the administration is "going to see" what could be done and promised that it won't "take it lightly".

Trump also touched upon a concern that Iran could possibly close off the Strait of Hormuz, thus cutting off most Gulf States' oil exports, something that Tehran has repeatedly brought up as possible response to US sanctions. Trump assured that even if Iran blocks the Strait, it won't be closed for long.

Secretary of State Mike Pompeo was the first US official to blame Iran for allegedly attacking the oil tankers, although the cause of the explosions has not been determined yet. US Central Command (CENTCOM) has released a video allegedly showing an IRGC boat crew removing an unexploded mine from a ship's hull, as "proof" of the US accusations.

Iran has denied the US accusations and called on Washington and its regional allies to cease their false flag operations, used to shift the blame onto Tehran. Iranian boats helped to evacuate the tankers' crews, taking them to the port of Jask after the incident, while Iranian firefighters' boats reportedly managed to "contain" the fire on both vessels.