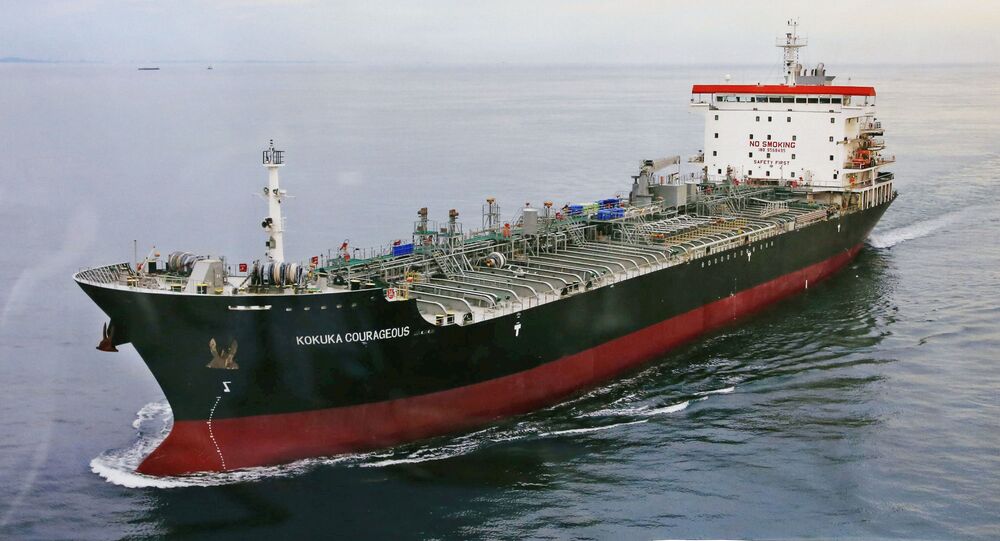 Several media outlets earlier reported that two tankers sailing in the Gulf of Oman, Norwegian Front Altair and Japanese Kokuka Courageous, suffered explosions that damaged the vessels. According to IRNA, Iran has evacuated 44 sailors from both ships.

According to Tasnim news agency, citing Allahmorad Afifipour, head of ports in the Iranian coastal province of Hormozgan, a fire on two oil tankers in the Gulf of Oman that experienced blasts has been contained. Afifipour has also stated that Iran sent a crew of experts to evaluate the state of the ships and determine whether their crews can safely return to them.

Iranian ships earlier rescued 44 sailors from the oil tankers, Front Altair and Kokuka Courageous that were damaged by blasts on 13 June. All of them were taken to the Iranian port of Jask.

The cause of the explosions remains unknown, but the US was quick to accuse Iran of being behind it. In light of the event, the US Central Command (CENTCOM) has sent one of its destroyers to the Strait of Oman.

Tehran has denied Washington's claims and accused it of jumping to conclusions without having "a shred of factual or circumstantial evidence", further blasting the US for endangering regional and global stability. Iran has called on the US and its allies to stop false flag operations in the Gulf and cease attempts to blame Iran for attacks on oil tankers.

Last month four more oil tankers suffered blasts in the Gulf of Oman not far from a port in the UAE. Abu Dhabi called the explosions "acts of sabotage", but officials in Washington insisted Iran was responsible for the "attack". Tehran refuted the accusations as "ludicrous" and condemned the attempts by US "warmongers" to plot against Iran.