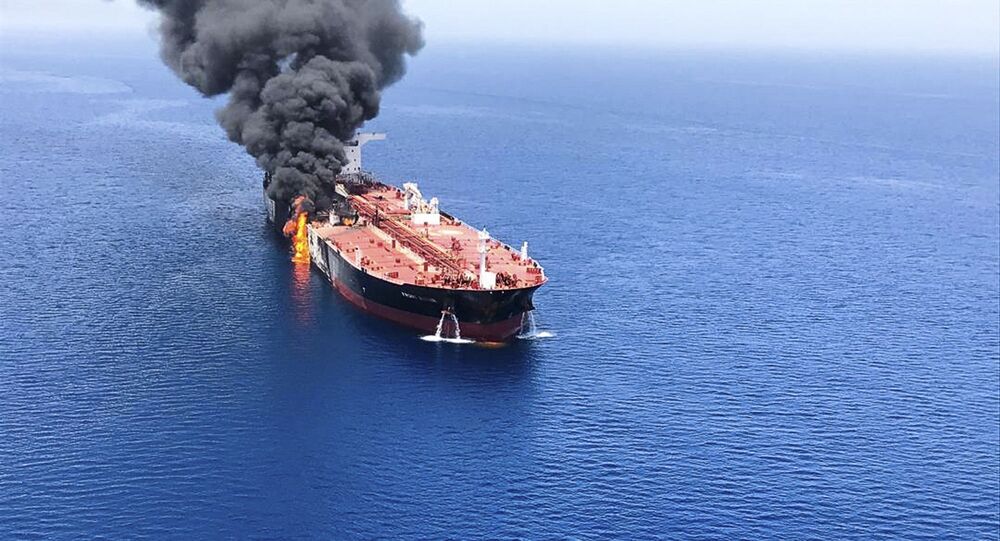 Pentagon has released video that it claims is showing Iranian patrol boat removing a mine from the side one of the tankers hit with explosions earliet in the Gulf of Oman.

US Central Command said that Iran's Revolutionary Guard (IRGC) approached one of the tankers hit with explosion earlier Kokuka Courageous and removed an unexploded limpet mine, attaching a video that what it says shows it, Reuters reported.

Limpet mines are naval explosives attached to vessels by magnets.

​Earlier in the day, Iranian IRNA news agency reported that the country's rescue services saved 44 sailors from tankers after a reported attack and took them to the Iranian port of Jask.

Kokuka Courageous tanker and another oil tanker, Front Altair, were hit by explosions in the Gulf of Oman near the Strait of Hormuz.

US Secretary of State Mike Pompeo said that the United States believes that Iran was behind the attacks,  claiming that the assessment was based on intelligence, weapons used, and level of expertise needed to execute the operation.

© REUTERS / File Photo
US Navy Destroyer En Route to Oman Gulf in Wake of Oil Tankers Attacks - CENTCOM
Later, US Central Command said that US Navy destroyer USS Mason is en route to Gulf of Oman to provide assistance, noting that Washington has no interest in engaging in a new conflict in the Middle East.

Iran's mission to the United Nations has rejected the US claim that Tehran was responsible for attacks, saying it was unfounded.