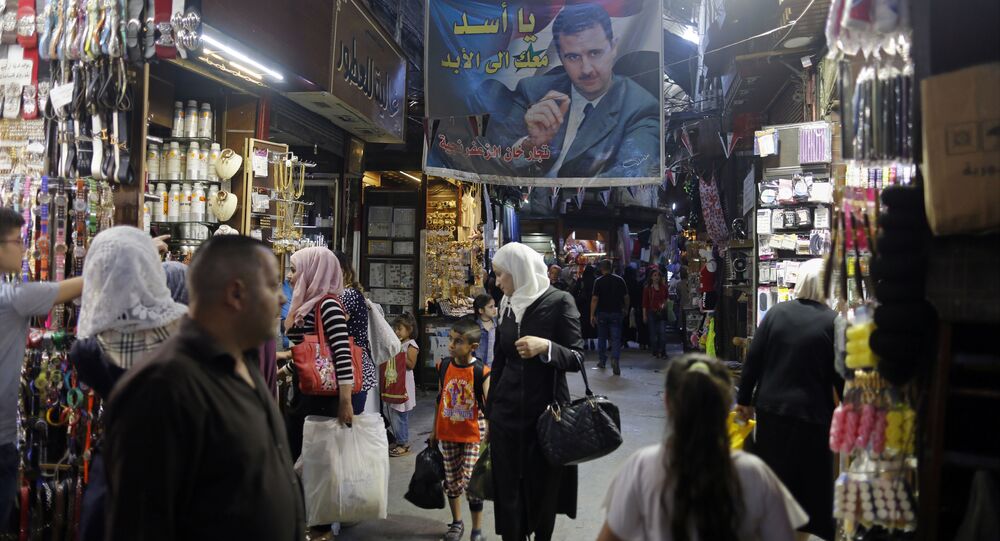 "Sanctions are one of the [US] tools to exert pressure on Damascus in order to make it difficult for Bashar Assad and his government to continue this work [to normalise the situation in Syria]," Ryabkov said.

The US administration is apparently not satisfied with the successful efforts of the legitimate government in Damascus to stabilise the situation in the country and maintain the territorial integrity of Syria, he added.

© AFP 2021 / LOUAI BESHARA
US Senate Foreign Relations Panel Sanctions Syrian Govt Supporters
On Tuesday, the US Treasury’s Office of Foreign Assets Control unveiled a new round of restrictions against Syria. It sanctioned 16 individuals and entities associated with the Assad administration.

Earlier, the US Senate Foreign Relations Committee's announced the decision to impose new restrictions on the Syrian government, its supporters and those who fund the country’s aircraft and energy industries.

Damascus has repeatedly slammed US and EU sanctions, with President Bashar Assad stressing that the damage caused by the restrictions were more damaging than jihadists.