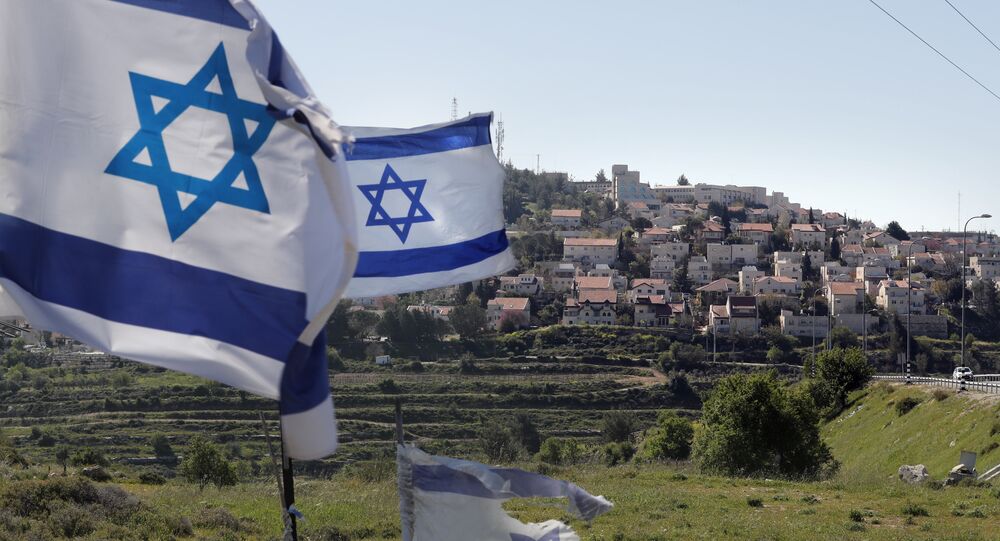 Earlier, Jared Kushner, the US president's son-in-law, and the primary architect of the Israeli-Palestinian peace plan, dubbed by Trump the "deal of the century," said that the upcoming proposal will differ from attempts by previous US administrations to mediate an agreement adhering to a "two-state solution", as the latter had failed.

Meanwhile, German Foreign Minister Heiko Maas said during a press conference in Amman that "a two-state solution" should be reached through negotiations, The Times of Israel reported on Sunday.

His Jordanian counterpart Ayman Safadi echoed the statement, confirming that “the two-state solution is the only way to end the conflict”, according to The Times of Israel.

The statement came a day after the US envoy to Israel David Friedman said that Israel has the “right” to annex at least “some” of the West Bank, The New York Times reported earlier.

The Palestinian Authority said in a statement on Sunday that it is considering filing a complaint at the International Criminal Court against the US envoy for his comments.

In May UNRWA Commissioner-General Pierre Krahenbuhl said that the agency's funding will sustain its work in Gaza until mid-June, stressing that to maintain all UNRWA operations including food, health, and education assistance to Palestinian refugees in Gaza, will require at least $1.2 billion in 2019 - the exact amount that was mobilized in 2018.

© REUTERS / Ariel Schalit/Pool
‘A Charade’: US Peace Conference Recruits Arab Nations to Help ‘Make Palestine Disappear’
Krahenbuhl also noted that in 2018, the UNRWA experienced the most severe funding crisis since the start of its operations in 1950, reducing its expenditures by $92 million and overcoming a deficit of $446 million.

Last August, the Trump administration announced that it had cut around $200 million in aid to the Palestinians. In September, Washington halted another $300 million in funding for the UNRWA.

For decades, Israel has been at odds with the Palestinians, who have been seeking diplomatic recognition for their independent state on the territories of the West Bank, including East Jerusalem, which is partially occupied by Israel, and the Gaza Strip. The Israeli government has refused to recognize Palestine as an independent political and diplomatic entity and continues to build settlements in Palestinian territories it occupies, despite objections from the United Nations.

In March 2018, the conflict escalated with Palestinians launching weekly protests at the Gaza border.

Meanwhile, White House officials have said they would reveal the economic portion of their plan to resolve the Israeli-Palestinian conflict at the conference, which is scheduled to take place in Manama on 25-26 June.

© AP Photo / Manuel Balce Ceneta
Trump’s Golan Heights Stunt Ends Need for Israel-Syria-Palestine Talks - Scholar
The economic part of the plan seeks to gather billions of dollars in investments from partners in the region, to support the Palestinian economy if an agreement is reached, a CNN report citing a US official said in May.

The Palestinians have dismissed the US peace plan and said they would skip the upcoming summit in Bahrain, stressing that the proposed peace plan is biased in favour of Israel.

Moreover, the President of the Palestinian Autonomy Mahmoud Abbas said he would not accept any US mediation in the conflict, after Washington revealed its bias by unilaterally moving its embassy from Tel Aviv to Jerusalem in May 2018. The status of the holy city has long been regarded as a matter that must be resolved through negotiations.

In 1947, the United Nations worked out a plan to put an end to the conflict, giving most of the West Bank and Gaza to Palestinians. Israel occupied the territories 20 years later but claimed to have withdrawn all its forces from Gaza in 2005.

The international community has put forward the so-called two-state solution to the conflict which suggests both states have the right to independence, and that Palestine should be recognized as a sovereign country within its pre-1967 borders.