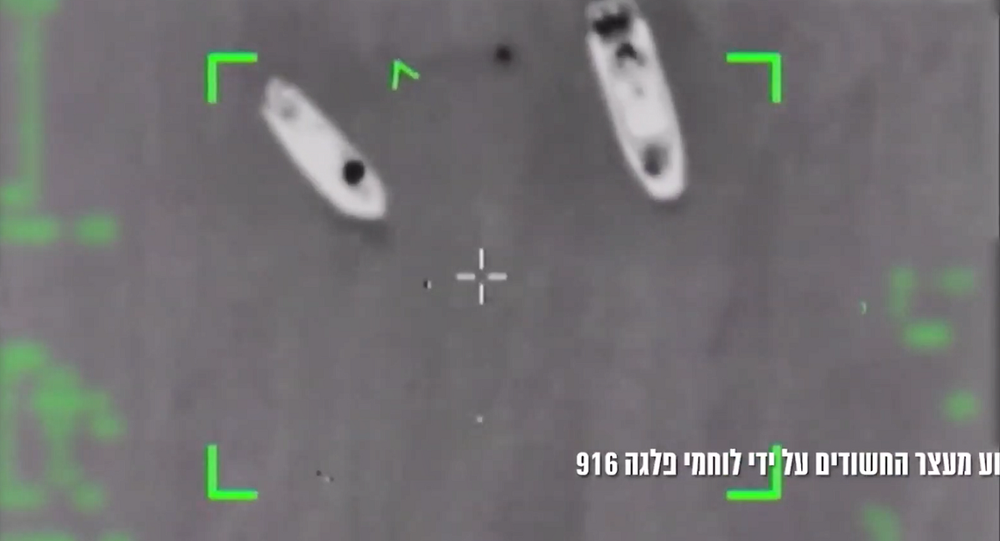 The Israel Defense Forces released a video Friday showing Israeli forces intercepting two speedboats leaving the Gaza Strip that they say were attempting to smuggle rocket-building materials to militants in the besieged territory.

In the May 11 incident, two boats inside Israel’s declared forbidden zone along the Gaza coastline are hounded by Israeli naval vessels and watched overhead by drones until forced to stop.

Officials from Israel’s Shin Bet intelligence service said the boat had left from the Gaza Strip bound for Egypt’s Sinai region, and that they seized 24 barrels intended to be filled with fiberglass for Hamas to use to make rockets.

"We set clear boundaries in the maritime sphere of the Gaza Strip," Colonel Yuval Ayalon, commander of the Southern Marine Division, told the Jerusalem Post for a Friday article. "Borders that on the one hand allow fishermen to make a living, while at the same time attempt to destroy the attempts of terror organizations that threaten to harm Israel by sea.”

“Dedicated and professional soldiers and commanders are working day and night to maintain Israel's security in its maritime borders, and so did the fighters of Division 916, who combined with the authorities and intelligence services, thwart a dangerous smuggling attempt into the Gaza Strip," Ayalon continued.

Hamas, a Sunni Muslim Palestinian militant group that has governed the Gaza Strip since 2006, boasted recently that it had found a way to breach Israel’s famed Iron Dome missile defense network, which is designed to intercept missiles and rockets fired from Gaza and other places at Israeli territory.

"We employed the tactic of massive launches toward a single target to overcome the Iron Dome," Hamas said in a video published Wednesday on Shehab News Agency, which is affiliated with Hamas. "The heaviest fire was used after [Israel] hit high-rise buildings … The pace of launches was the fastest in our history, 700 rockets in 30 hours.” The Iron Dome failed to intercept a much larger percentage of the rockets than normal during that barrage.