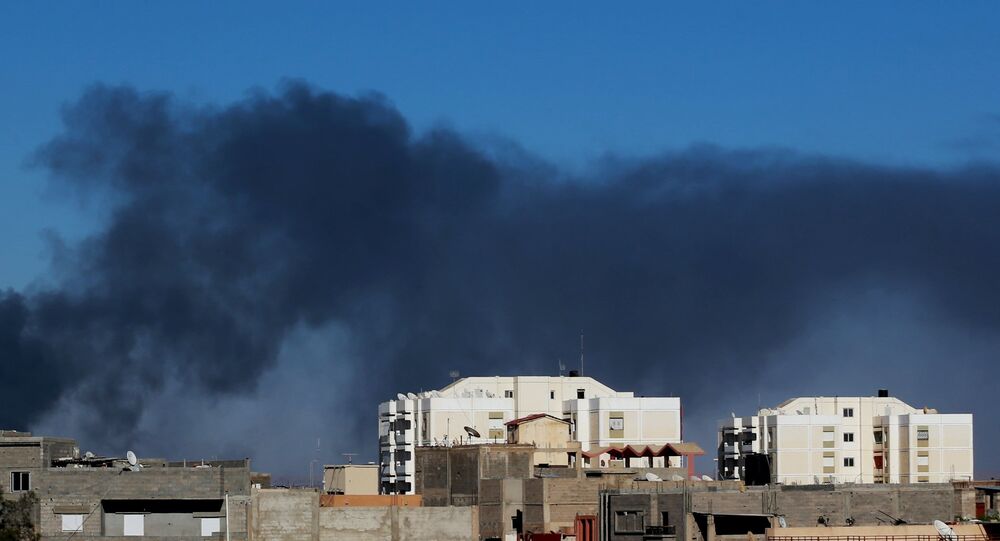 At least 18 people were wounded in two car bomb explosions on Sunday that targeted a military unit in Libya's eastern coastal city of Derna, Reuters reported.

According to local eyewitnesses and sources, cited by Reuters, the car bombs targeted a military unit called Bulahati belonging to the eastern forces of the Libyan National Army (LNA) in the city centre.

Derna, once a militant stronghold, is about 292 km (182 miles) distant from Libya's second city, Benghazi, and was reportedly declared to be under the complete control of Khalifa Haftar's LNA in June 2018.

Derna was reportedly the first city outside Syria or Iraq to fall to the Daesh group.

© REUTERS / Esam Omran Al-Fetori
Libya's National Oil Corp Calls on Haftar Forces to Free Oil Union Head - Report
The security and political situation in Libya has been unstable since the 2011 revolution, and the country remains divided between two authorities, with the parliament, backed by the Libyan National Army, ruling over eastern Libya, and the Government of National Accord (GNA) controlling the rest of the country.

The instability also resulted in the rise of terror groups such as *Daesh. Libyan armed forces have been fighting the Islamist insurgency which swept the country after its longtime ruler Muammar Gaddafi was toppled in 2011.