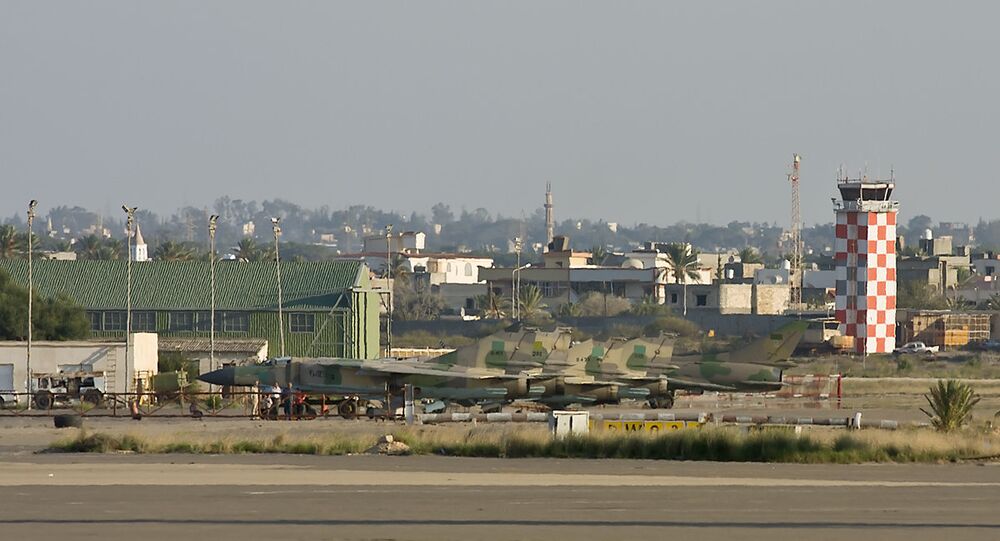 MOSCOW (Sputnik) - The Mitiga International Airport in the Libyan capital of Tripoli said on Thursday its runway had been struck by a military airplane amid a recent wave of escalation in the area.

"The Mitiga International Airport had recently faced an airstrike by a military airplane on its runway", the airport wrote on Facebook. The airport subsequently said that it continued its normal work after the airstrike.

"We have just received a response from the airport's air traffic control department. They said that the airstrike was far from the runway and the normal operations are underway", the new statement, published on Facebook, read.

© AP Photo / Esam Omran Al-Fetori
Libyan National Army Says Repelled Attack of GNA Forces on Tripoli Airport
Earlier this week, the Libyan National Army (LNA) said it had repelled an offensive on Tripoli airport by rival forces of the Government of National Accord (GNA). Fifteen GNA members, including six mercenaries from Chad, were killed in the clashes.

In April, the Mitiga International Airport temporarily suspended operations over heavy fighting in the vicinity of Tripoli.

The LNA backed by the parliament installed in the east of Libya, began their offensive to recapture the city from forces loyal to the western GNA in early April. The GNA forces responded by launching their own offensive against the LNA.

Since then, clashes in the vicinity of Tripoli have been continuing. According to the World Health Organization, the number of people killed in the clashes exceeds 450 people while over 2,100 people sustained injuries.