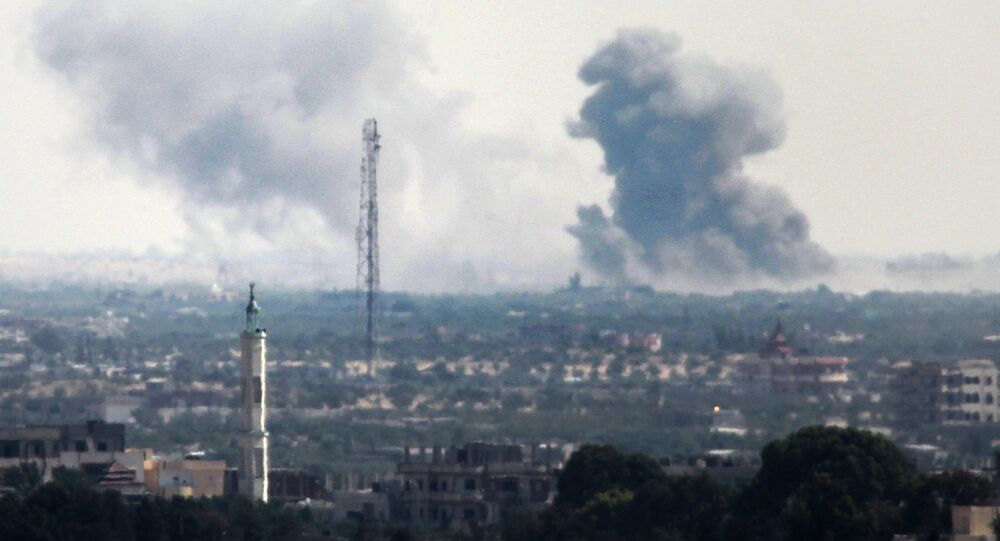 CAIRO (Sputnik) – The Egyptian Interior Ministry’s forces killed 14 militants in the north of the Sinai Peninsula, the ministry said in a statement on Thursday, adding that the militants might have had a role in the recent attack on a law enforcement checkpoint in the city of Arish.

"In the course of the pursuit of the attackers, we have managed to locate a group of militants in one of the abandoned houses in al Msaid district", the ministry said in the statement.

© Sputnik / Andrey Stenin
Daesh Claims Responsibility for Attack on Egyptian Troops in Sinai - Reports
The attack in Arish took place on Wednesday, leaving at least eight police offers killed. Moreover, at least five attackers had been killed in a shootout.

Media have reported that the *Daesh terror group had claimed responsibility for the attack.

The Egyptian authorities have for years been engaged in anti-terror activities on the Sinai Peninsula, where militants have repeatedly staged deadly attacks. In 2014, a state of emergency was declared on the peninsula after militants attacked Egyptian security officers in the area.

'Rumour Has It, Palestinians Will Live in Egyptian Sinai' - Israeli Scholar