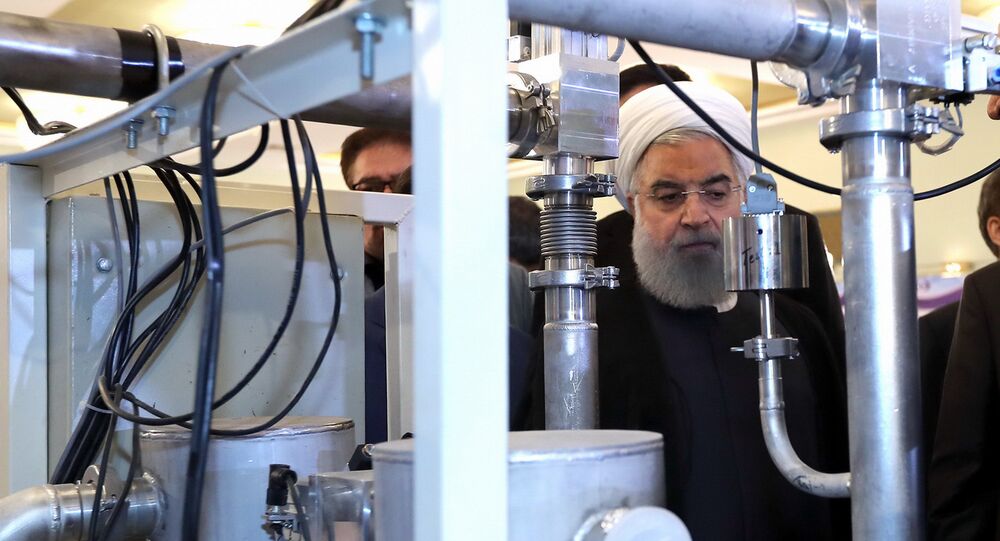 On 8 May, Tehran announced that it would partially discontinue its obligations under the 2015 Iran nuclear deal, giving European signatories 60 days to ensure that Iran's interests are protected under the agreement. This was reportedly followed by a drastic increase in Iran’s uranium enrichment rate.

Israel Defence Forces (IDF) intelligence chief Maj. Gen. Tamir Heiman has alleged that Tehran may fail to obtain a nuclear weapon even if the Islamic Republic exits from the 2015 Iran nuclear deal amid US pressure.

“Iran is under unprecedented pressure from every direction by US sanctions”, Heiman told reporters at the Israel Intelligence Heritage and Commemoration Centre in Tel Aviv.

He did not elaborate whether the flop could be caused by Iran’s foot-dragging on atomic bomb creation due to the risk of global intervention, a pre-emptive strike, or a scientific mishap. Iranian officials have not commented on the statement yet.

This comes a few weeks after the Tasnim news agency cited an unnamed official in the Natanz nuclear facility as saying that Iran’s uranium enrichment rate had increased fourfold following Tehran’s suspension of some of its obligations under the nuclear deal, also known as the Joint Comprehensive Plan of Action (JCPOA).

This followed Iranian Foreign Minister Mohammad Javad Zarif confirming that Tehran remains committed to the JCPOA, despite the unilateral US exit from the agreement in 2018.

“We believe that escalation by the United States is unacceptable and uncalled for. We exercise maximum restraint in spite of the fact that the United States withdrew from [the] JCPOA last May”, Zarif pointed out.

On 8 May, he announced that the Islamic Republic would not implement “some [of its] voluntary commitments” under the JCPOA because the EU and other states had failed to resist US pressure.

Tehran gave other JCPOA signatories 60 days to ensure that Iran's interests were protected under the agreement; otherwise, the Islamic Republic would be ready to take further steps on scrapping the deal.

© REUTERS / MORTEZA NIKOUBAZL
Iran's Revolutionary Guards 'Doesn't Fear a War' as US Makes Military Moves
The move led to a further exacerbation of Tehran’s ties with Washington, which slapped additional sanctions on Iran and sent an aircraft carrier strike group, Patriot missiles, and B-52 bombers to the Middle East in what US National Security Adviser John Bolton dubbed a “clear message” to Iran.

On 8 May 2018, US President Donald Trump announced Washington’s withdrawal from the JCPOA and reinstated wide-ranging sanctions on Tehran, including secondary sanctions targeting businesses and financial institutions of countries that have commercial relations with the Islamic Republic.

Iran, China, Germany, France, Russia, the UK, and the EU reaffirmed their commitment to the deal after the US’ exit.