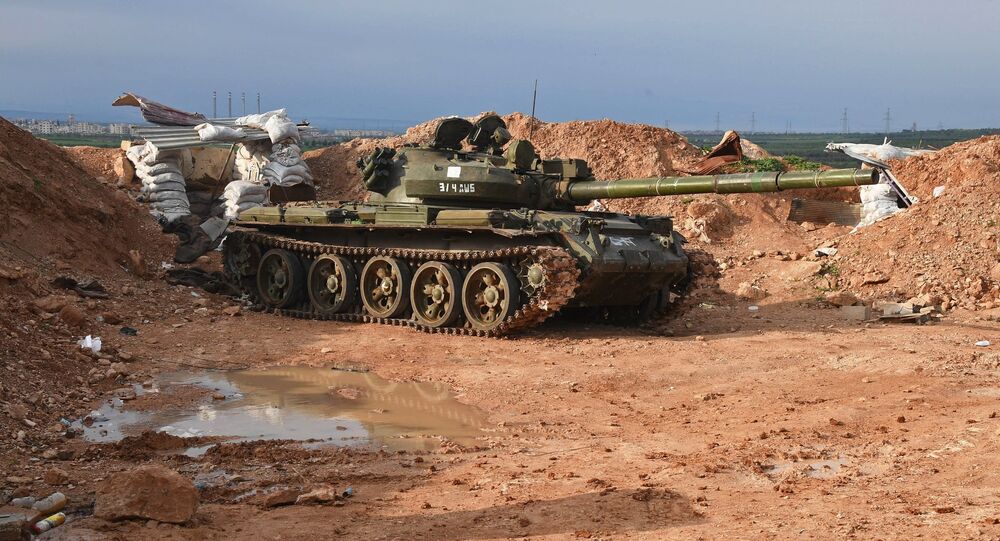 MOSCOW (Sputnik) - The Syrian government forces on Tuesday repelled another attack by militants from the al-Nusra Front terrorist group in the north of Hama province killing about 10 terrorists, the Russian centre for Syrian reconciliation reported.

"More than 20 militants from the Hayat Tahrir Ash-Sham [formerly known as al-Nusra Front] terrorist group, with the support of three all-road vehicles armed with large-caliber machine guns, launched an attack on the town of Kafr Nabudah. The units of the Syrian government forces destroyed an off-road vehicle and killed about 10 terrorists," the center's commander, Maj. Gen. Viktor Kupchishin said at a daily news briefing.

According to the Russian military, the Syrian government forces destroyed three tanks, two MLRS systems, an infantry fighting vehicle, six off-road vehicles with heavy machine guns and killed about 100 militants in that battle.