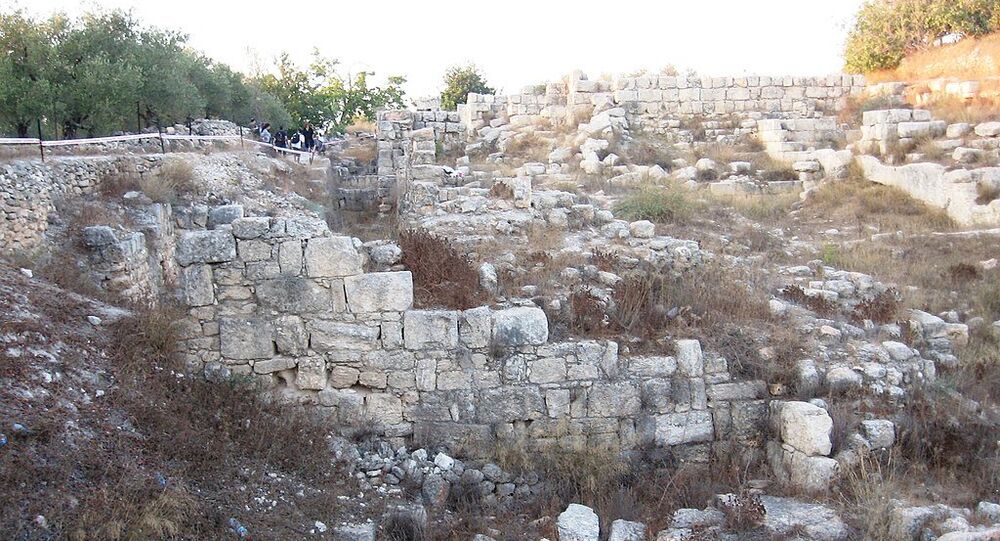 Due to its millennia-old history, the West Bank is rich in historical monuments and antiquities, but the Palestinian Authority considers archaeological works in the area to be a crime.

US archaeologist Scott Stipling has rebuked Palestinian complaints that he and his ilk are "robbing" locals by conducting excavations in Judea and Samaria in the search for Biblical artefacts.

Dr Stripling, who serves as the provost at a Texas Christian seminary, has been singled out by two NGOs, which accuse Israel of using archaeological sites as a pretext for taking over Palestinian lands.

He is currently heading excavation works at Shiloh, an ancient city located in the north-central West Bank mentioned in the Bible.

He believes that Shiloh could be the site of the Tabernacle, otherwise known as the Tent of the Congregation — Yahweh's portable tent-shrine mentioned in the Book of Exodus.

The Palestinian National Authority, which currently administers parts of the West Bank, last week warned archaeologists against taking part in excavations in the area, arguing that such works "would expose them to legal accountability".

The PA also asked museums and international institutions to examine all artefacts originating in Israel and refuse to accept any item "stolen from occupied Palestinian land."

"They wanted to get the names of the board members and even the names of the donors in order to bring pressure to bear on them," Dr. Stipling told Breaking Israel News. "It's not going to affect us either way. We don't care because what we are doing is way too important."

"They claim we are destroying the artefacts and robbing the Palestinian people," Dr. Stripling was quoted as saying. "That is the PA and the UN position."

Last week, Israel's Supreme Court rejected an appeal brought by NGOs Yesh Din and Emek Shaveh, ruling that the identities of archaeologists working in the West Bank be concealed.

The decision came after human rights group Yesh Din and archaeological organisation Emek Shaveh filed a petition with the Israeli High Court under the Freedom of Information Act, demanding that the names of the researchers, as well as the locations of their finds, be made public.

"We don't care who is in charge," Dr. Stipling was quoted as saying. "Philosophically we are more closely aligned with Israel but regarding archaeology, we are apolitical. We cooperate with whoever is in charge. We are quite simply salvaging the artefacts. If there is a change in government, everything is here in storage for them and we would cooperate with them."