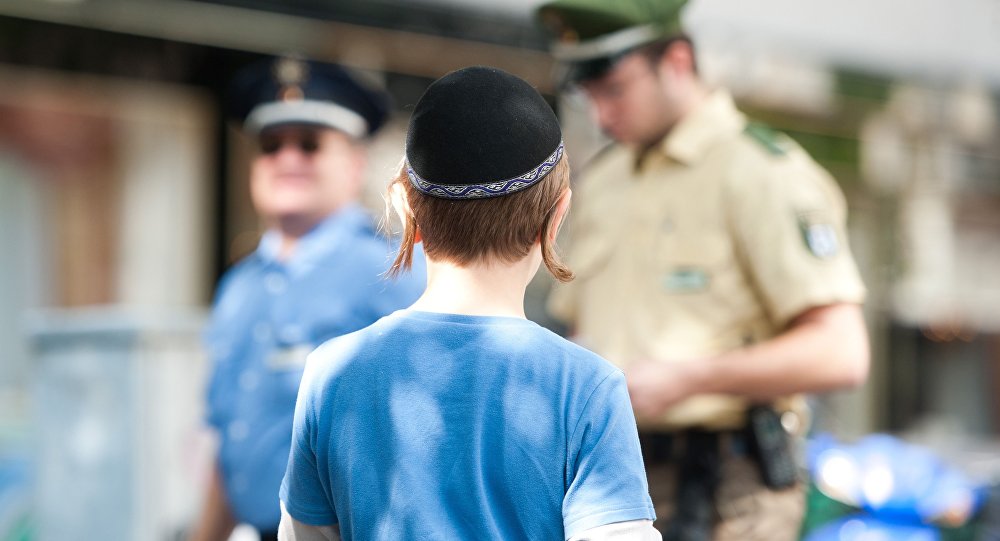 In an interview published on Saturday, Germany's government commissioner on anti-Semitism, Felix Klein, said he “cannot advise Jews to wear the kippah everywhere all the time in Germany” due to spiralling anti-Semitism and anti-Jewish attacks in the country.

In a strongly worded statement on Sunday Israeli President Reuven Rivlin referred to Germany's warning to Jews on the dangers of wearing the traditional kippah cap as a “capitulation to anti-Semitism” and glaring proof that Jews were unsafe there, reported AFP.

Rivlin admitted to being “shocked” by the German government's commissioner on anti-Semitism, Felix Klein’s interview, published Saturday, in which he said he “cannot advise Jews to wear the kippah everywhere all the time in Germany,” due to the upsurge in anti-Semitic and anti-Jewish attacks there.

© AP Photo / Markus Schreibe
Jews Warned Not to Wear Kippahs in Some Parts of Germany as Anti-Semitism on the Rise
The Israeli president added that while appreciating the German government's “commitment to the Jewish community,” he felt it was not duly standing up to those who targeted Jews in Germany.

“Fears about the security of German Jews are a capitulation to anti-Semitism and an admittance that, again, Jews are not safe on German soil,” he said.

“We will never submit, will never lower our gaze and will never react to anti-Semitism with defeatism — and expect and demand our allies act in the same way,” Rivlin added.

Anti-Semitic crimes rose by 20 per cent in Germany last year, according to interior ministry data.

In 2018, at least 1,083 anti-Semitic incidents took place in the country, which is 14 per cent more than the previous year, according to reports.