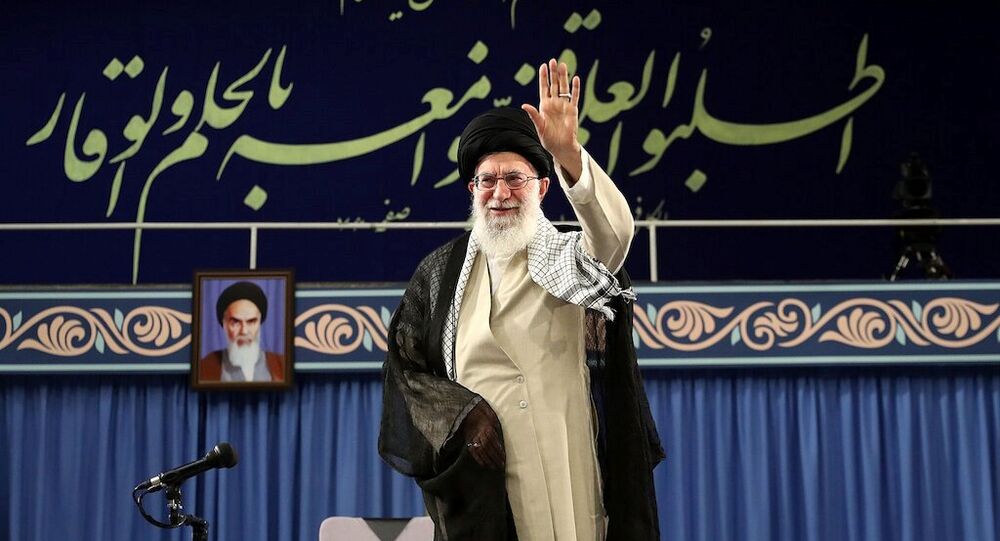 Iran's relations with both states have long been strained, but the US recently intensified its pressure on Tehran, tightening economic sanctions against it and deploying additional troops and equipment to the Middle East region, sparking concerns of a possible military conflict.

During a meeting with students Iranian Supreme Leader Ayatollah Ali Khamenei reassured the country's youth that they will see the "demise" of the Islamic Republic's enemies.

"You young people should be assured that you will witness the demise of the enemies of humanity, meaning the degenerate American civilisation, and the demise of Israel", he said.

He didn't elaborate further on the ways in which Iran plans to achieve this goal. This is not the first time Tehran has vowed to eliminate the Jewish state and threaten the US. However, in Khamenei’s most recent statement he said that the Iranian people do not seek war with Washington, but will resist US pressure until it is "forced into retreat".

His comments came in response to US President Donald Trump's warnings that if Iran decides to attack the US or its interests in the region it will be the "official end" of the Islamic Republic. Tehran slammed his statements as "genocidal taunts".

The US has recently been building up its military presence in the Middle East region, reportedly sending a regiment of B-52 bombers there, additional Patriot air defence systems and an aircraft carrier strike group. The move sparked concerns about a possible eruption of hostilities between the two. However, the acting US Defence Secretary claimed the US is not seeking war with Iran at the moment.

Relations between the US and Iran went into a downward spiral after Washington withdrew from Iran nuclear deal and re-imposed economic sanctions against the Islamic Republic. The sanctions pressure on Iran's oil industry intensified in May after the US ceased waivers to some countries, importing oil from the sanctioned state.

At the same time, relations between Israel and Iran have long been strained, with the latter denying the Jewish state the right to exist. For its part, Tel Aviv has vowed to do everything in its power to prevent Iran from obtaining advanced weaponry, including nuclear arms. Israel has also repeatedly attacked targets in neighbouring Syria, claiming it is targeting Iranian proxies and troops, but Tehran denies having such personnel in the Arab Republic.

Revolutionary Guards Gen: US & Allies 'Do Not Dare' to Attack Iran