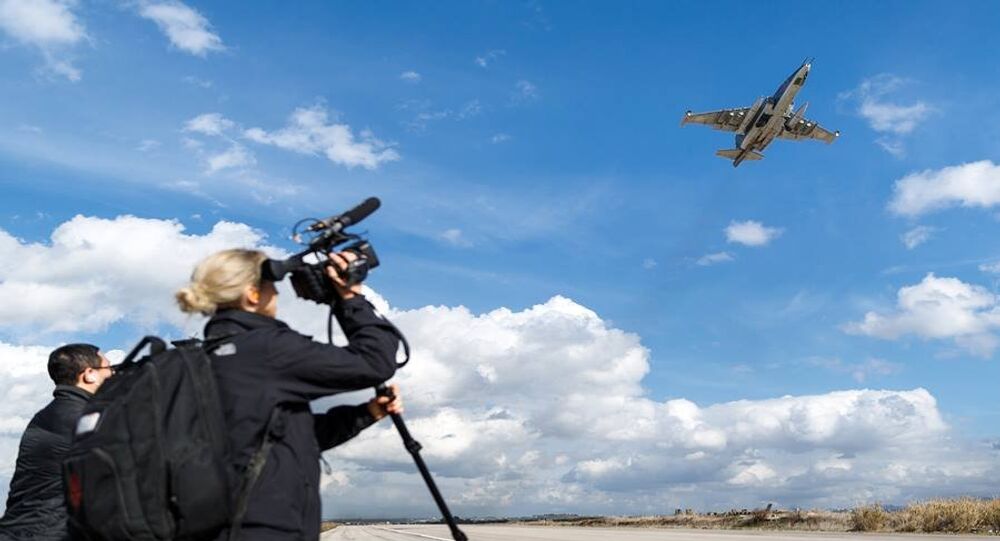 Militants Fired 4 Rockets Toward Hmeymim Base, All Destroyed - Russian MoD

Syrian government forces with the support of the Russian Aerospace Forces continue to repel attacks by militants from the Jabhat al-Nusra* group on Hmeymim Air Base and in the southern regions of the Idlib de-escalation zone, according to the Russian Defence Ministry.

Militants fired 4 rockets from multiple launch rocket system toward the Hmeymim Air Base in Syria at about 19:00 local time (14:00 GMT) on 22 May, all the rockets were destroyed, the Russian Defence Ministry reported.

According to the ministry, Russian combat jets destroyed the militants' launcher in Idlib de-escalation zone that fired the rockets on Hmeymim.

Nusra terrorists have reportedly been carrying out massive attacks on Syrian troops using military hardware and multiple launch rocket systems in the southern part of the Idlib de-escalation zone since the evening of 21 May.