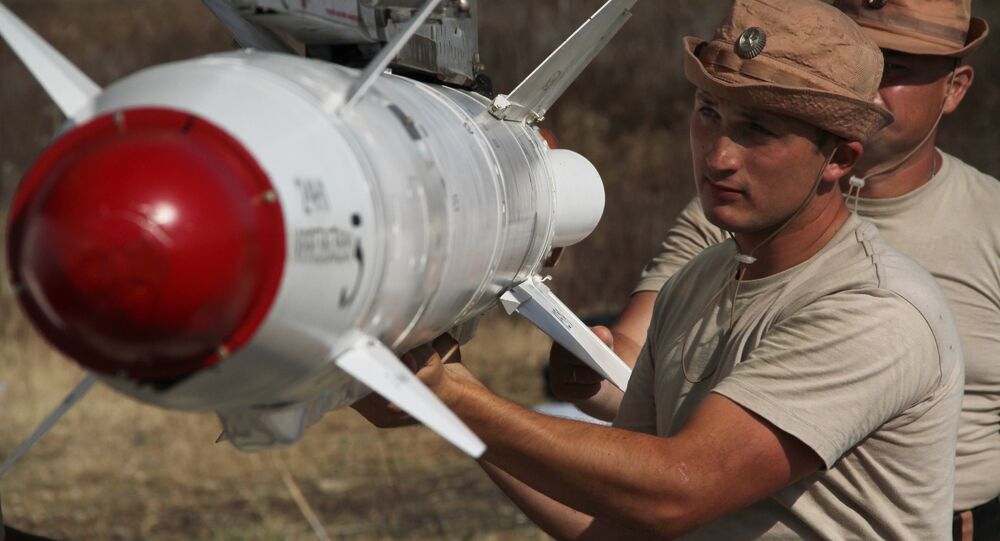 On Monday, the Russian Defence Ministry said that al-Nusra Front* terrorists fired six missiles at Russia's Hmeymim base in Syria. The ministry added that no casualties or damages were registered following the attack.

The Russian Defence Ministry said in a statement on Wednesday that eight rockets fired by militants at the Hmeymim base didn't reach it, while another nine were destroyed by Russian air defences.

"In the morning of 22 May alone, Syrian government troops repelled three massive attacks by Jabhat al-Nusra militants against the town of Kafr Nabudah, which involved up to 500 militants, seven tanks, four infantry fighting vehicles, about 30 pickup trucks with heavy machine guns and two cars with explosives driven by suicide bombers", the ministry said.

It went on to say that Nusra terrorists had been carrying out massive attacks on Syrian troops using military hardware and multiple launch rocket systems in the southern part of the Idlib de-escalation zone since the evening of 21 May.

The ministry said that Syria had repelled two militant attempts to break through defences in Idlib, which involved 200 terrorists, four infantry fighting vehicles and four pickups.

"During the fighting, the Syrian troops killed more than 150 militants of the Jabhat al-Nusra group, destroyed three tanks, 24 pickup trucks with heavy machine guns and two car bombs", it said.

© REUTERS / Omar Sanadiki
Two Shells Fall in Centre of Syrian City of Aleppo - Report
Last week, the Russian Centre for Reconciliation in Syria said that the Syrian Army had unilaterally ceased fire in Idlib starting from 18 May.

Previously, the head of the Russian Reconciliation Centre in Syria said that militant groups acting in the Idlib de-escalation zone haven't ceased their attempts to attack Russia's Hmeymim base and Syrian government troops, adding that the terrorists have attempted to shell Hmeymim airbase using multiple-launch rocket systems as well as drones twelve times over the past month.

*al-Nusra Front [the Nusra Front, Jabhat al-Nusra ] — a terrorist organisation banned in Russia and a number of other countries